Today is Anzac Day, the day when Australians and New Zealanders remember the dead of two World Wars, Korea, Vietnam (in Australia) and the various other wars that the countries have been involved in. There will be ceremonies at War Memorials in every city, town and village in both countries, with some being broadcast on television.

The War Memorial in Pittsworth, Queensland consists of a stone obelisk at the front of the Soldiers Memorial School of Arts. According to the newspaper:

PITTSWORTH, March 10. At an enthusiastic meeting held in the Shire Hall last night it was agreed almost unanimously that the fallen soldiers' memorial should take the form of a public hall. It was estimated that the hall would cost at least £2030.
The Brisbane Courier, 12 March 1921. 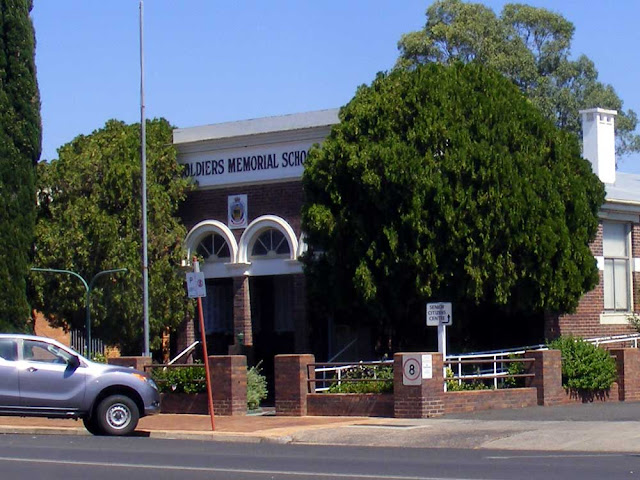 A link to the Australian War Memorial's page on the Pittsworth Memorial is here
Posted by Simon at 09:00