Pork appears to be easily the most popular meat in France, and France is the third biggest pork producer in the EU, but you never see pigs in the fields. You rarely notice the local piggeries at all. They are off the beaten track and the pigs are all indoors. 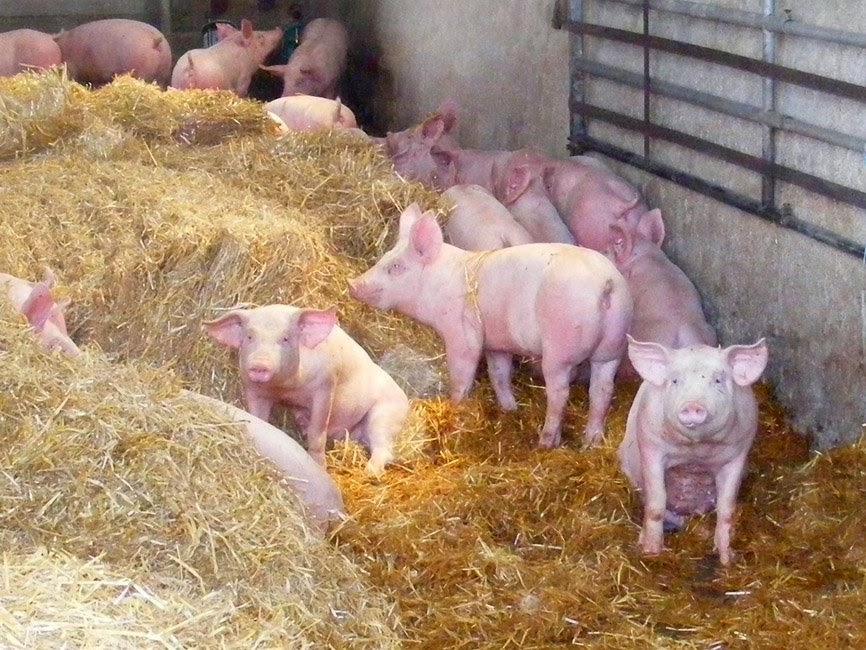 In the wild, pigs live outdoors of course, foraging in the forest and roaming quite widely (several kilometres a day). They live in small groups of related females with young. Boars have solitary lifestyles. Wild pigs have small litters of about half a dozen piglets. They have a reputation for ferocity, so don't seem a likely contender for domestication. However, their big advantage for subsistence and peasant farmers was that they would eat anything. The farmer didn't have to set aside special pasture or sideline any of his cereals. The pigs thrived on household scraps and what they rooted out of the leaf litter. Thus, it came about that pigs were simultaneously but independently domesticated both in Europe and China several thousand years ago.

In China, where there were fewer animals to provide much needed manure for the fields, pigs were coralled in sties from quite early on, but in Europe they stayed running free in the forests until the Industrial Revolution caused a shift in lifestyles of both city and country folk. There was a difference in the selection of breeding stock between east and west too. China selected for big litters, Europe for big pigs. European pigs even developed several extra vertebrae as they got longer and longer in the body. At some point around 1700 a Chinese pig was brought to Europe. The resulting hybrid produced a big hardy pig that ate anything, fattened quickly and produced big litters (a modern sow will have an average of 30 piglets a year). More recently, white bristled pigs became favoured over black bristled, as the consumer doesn't like to see black bristles in their pork products. 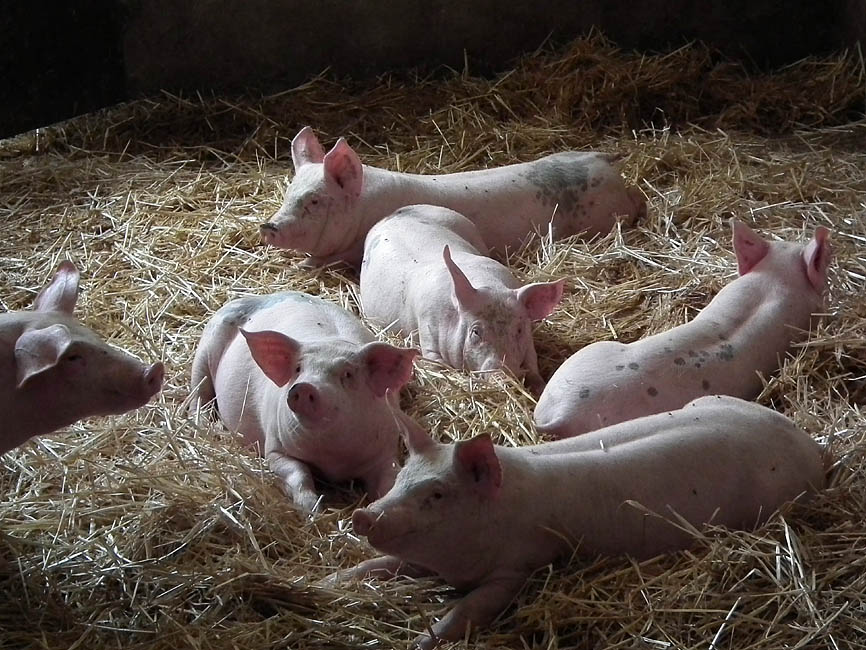 Modern pigs are raised in related groups, similar to the groups they would form in the wild. Modern lighting and air conditioning mean that pigs can be raised indoors so farmers need less land. Despite the best efforts of many farmers, there is no question that indoor pigs develop a few behavioural issues that the farmer needs to stay on top of. Although farrowing crates are still used, to prevent sows inadvertently crushing newborn or suckling piglets, gestation crates or stalls, in which pregnant sows are unable to turn around or make physical contact with one another, have been banned in Europe since 2013, and pregnant sows live together in indoor pens. French pig farmers could apply for a grant of up to €17 000 to make the conversion. 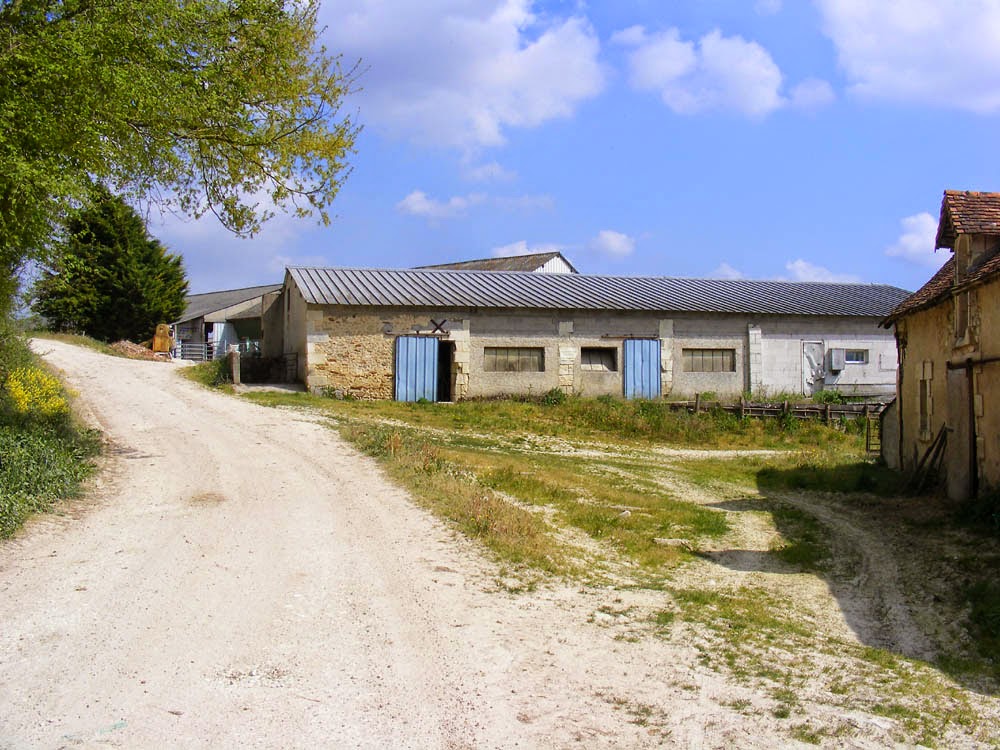 In the confined space and close contact, sows can fight to establish a hierachy and access to food. The pigs' tails are docked because tail biting is one of the ways the pigs express their aggression. Smart pig farmers are dealing with the problems of penned groups of pigs by selectively breeding for a less aggressive temperament.

French pig farms are usually fairly small scale 'farrow to finish' establishments, averaging 220 sows on 60 ha of land. Manure is dealt with by spreading on the land and few farms have treatment units. The amount of manure that can be spread is strictly controlled, which in effect controls the number of pigs a farm can hold.

The photos above are all of local piggeries.


Nice post....
One very important point that you seem to have missed is that....
like fair skinned peepilz....
pink pigs suffer terribly from sunburn...
even in the less than sunny climes of Yorkshire.

One of the reasons that you'll find outdoor-reared meat from Tamworths, Old Spot and Saddlebacks on Farmers Markets....
is that they don't suffer from the sunburn nearly so much....
but still need a very good wet wallow in sunny weather.

The fact that the meat from such breeds is leaner and tastier is a bonus!!

My personal choice is the TammyxOld Spot cross meat that an organic stall on Leeds Farmers Market sold....
darker, richer and allegedly leaner....
I say allegedly as, whilst it didn't have the thick white lard between muscle and skin, it was far more marbled throughout!!

And Susan, try the following for eggy nests....
bake potatoes, scooop out the innards, mash with grated cheddar and re-make a nest in the skin....
break egg into the nest and cover with a slice of cheddar [stops the yolk going too hard]...
and bang back into the oven for around ten minutes....
serve with baked beans....
now available in cardboard boxes from SuperU.

I nearly made the nests in the potato skins, but it was nice to have the skins crunchy and separate.

Just finished a box-full of baked beans on an English muffin [available from LeClerc]....
mogette sized beans, but the sauce seemed no different to my tastebuds from H57's...
just much bigger beans!!

Your baked spud skins not crunchy?
You don't bake them for long enough!!