Dogs and horses were domesticated thousands of years ago, but rabbits only came into the domestic fold about 1400 years ago. Once Pope Gregory I (590 - 604) declared that baby rabbits could be classified as marine creatures and could therefore be eaten during Lent, their fate was sealed. The monastic communities knew a business opportunity when they saw one, and in addition to fish farming, started raising rabbits for sale to the surrounding populace. 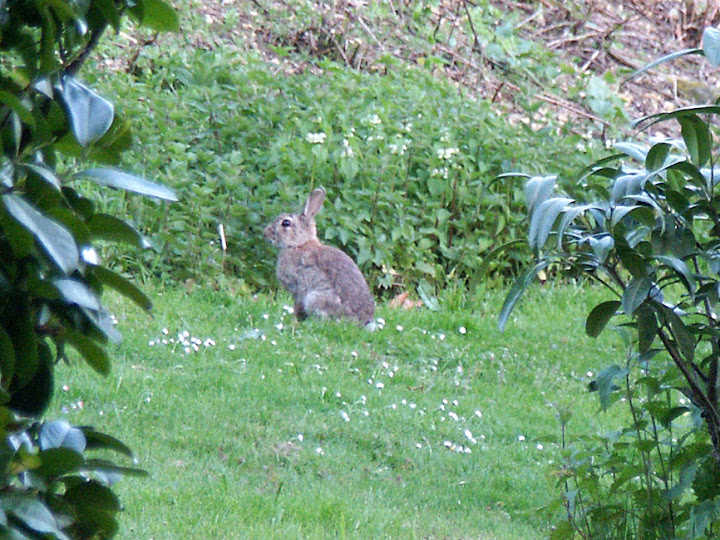 Nowadays both wild and domestic rabbits are widely distributed across Europe and have been introduced to Australia, but originally the wild population was present only in Iberia and southern France. 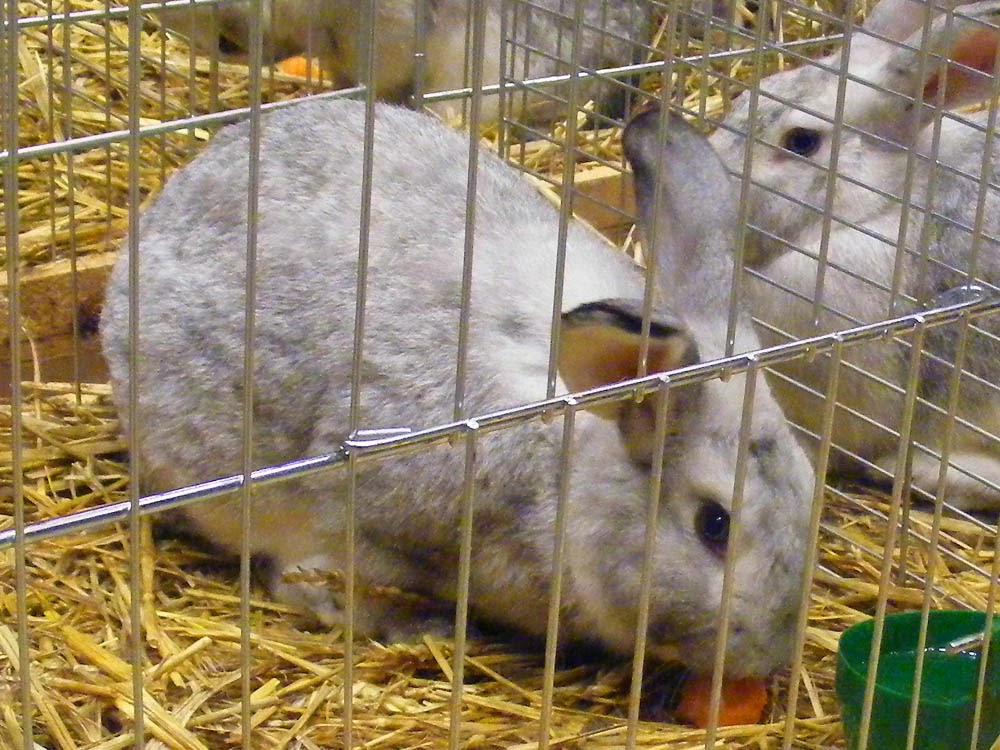 The process of domestication does not involve the switching on of a single 'domestication gene', but rather small changes to many genes, resulting in an animal that is more placid, often bigger and less independent. In the case of rabbits many of the changes relate to brain and nerve cell development.

*********************************************************
Car News: We've been having a fairly stressful time of it lately. Célestine is still at the Dentist's, partly due to the fact that the suppliers of the spare parts needed to repair her 'forgot' (!!) to send the parts, so the work was delayed by a week. Claudette has been performing better than we expected, but we are having to nurse her somewhat. We took the difficult decision last week to cancel a booking for a wedding at the last minute. I spent a very fraught time ringing around trying to find someone who could replace us and thanks to our friend Fabien, who suggested someone from another car club, we were able to organise a substitute and all turned out well. We felt dreadful at messing people around on an important day, but also that we couldn't risk overloading Claudette with too many kilometres between services and committments to clients who have booked chateaux tours, which is our core business, while we didn't have a back up vehicle.

Then on Friday we got back to our garage in Saint Pierre des Corps after dropping clients off at their hotel after a day's touring, only to discover that the key to the garage had gone missing sometime during the day, along with one of our modern car keys and keys to our house and home garage. The real worry was the Saint Pierre des Corps garage key, as there is only one. Once again, I spent a fraught time ringing the hotel our clients stayed at, the clients, the carwash, the petrol station, several chateaux and town halls, and the restaurant we lunched in. In some instances I had to leave a message and wait for people to get back to me (thank you Yves from the carwash and the guys from Manoir Les Minimes who went above and beyond by searching the carpark multiple times), or I couldn't get through the first time (la Vieille Auberge at Cour Cheverny). Finally, yesterday, I rang the Auberge again and they said,"yes, we have your keys, they were found under your table". I can't tell you how relieved we are, and we can pick them up on Thursday when we are back with clients! (Thank you also to Antoine for phoning to suggest a good locksmith should we need one, after Brigitte passed on our news to him.)

Adding to our woes was coming downstairs on Saturday to see a flood all over the kitchen floor. The washing machine had emptied not down the drain but all over the floor when it did its overnight wash. After mopping up and taking the machine apart, Simon finally diagnosed the problem (grit in the thread of the filter so it wasn't sealing properly) and we have a properly functioning washing machine again. Phew!

We aren't out of the woods yet, but hopefully we've turned a corner and the stress levels are already significantly less.

Our thoughts are with you...
keep sane!!

Second what Tim says. Hope you're back on track very soon. Good luck!

What a weekus horribilis, and i thought that before i knew about the washing machine. It can only get better. Sending all the positive thoughts i can.

Blimey!! what a torrid time you've had.
Hope everything returns rapidly to normal. Bon Courage!

So sorry to read that you've had all these stressful events. Hopefully your annual quota of difficulties has been met and all will go well from here on.

Hope you get sorted soon! Glad you have found keys!

Hi,
We are late to this, but what a nightmare! However, I read today that keys are now sorted and Celestine is back, albeit with some gearbox problems. The perils of self-employment and working with the elderly - I mean C&C and not Simon!

It can be very difficult when things which go wrong are out of your control, and you have to rely on others.

Hope everything settles down for you, and that you've had your share of the bad luck for 2014.