A Visit to Chambord 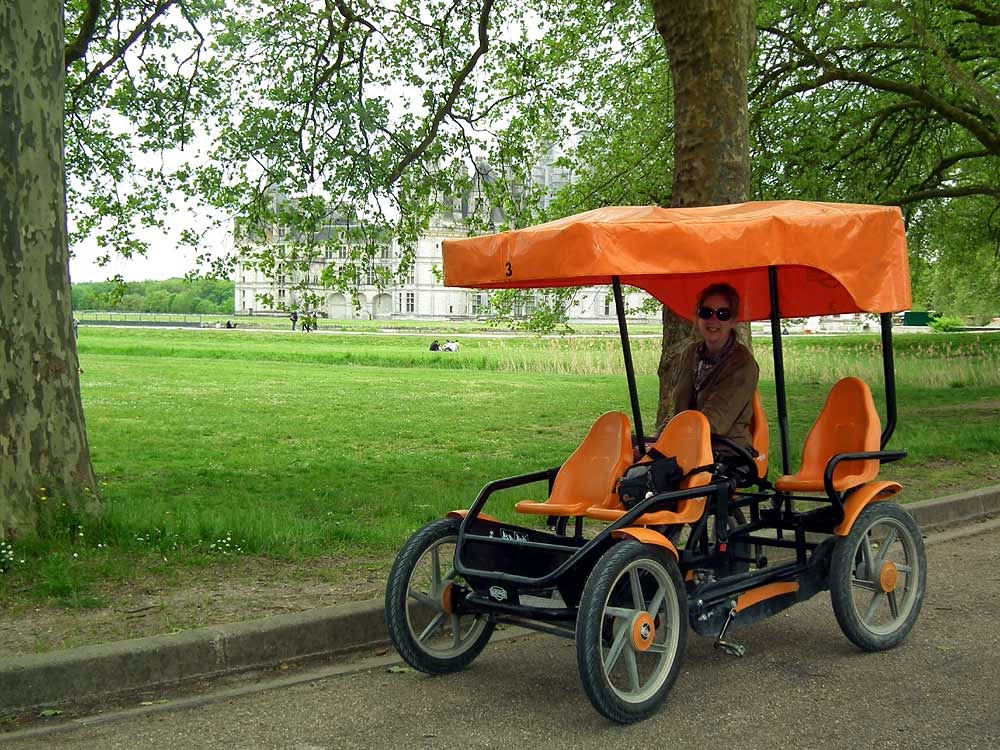 Me in a Rosalie in the grounds of the Chateau of Chambord.

We had a few days off in early May so decided to visit Bracieux and Chambord, to try out a restaurant there and check out the progress with the building works on the chateau. We had heard it was covered in scaffolding and wasn't worth visiting, but in fact the scaffolding made a relatively minor impact on our day. We hired a four wheeled pedal powered 'Rosalie' for €20/hour and set off round the grounds. Unfortunately for Simon, the pedals on my side stopped working after about 20 minutes. I thought the thing was rattly and noisy and would recommend hiring regular bikes or walking as a more peaceful way of progressing.

You could have swapped sides with Simon!!

yeah. That was REALLY going to happen....

Which restaurant did you try Susan?