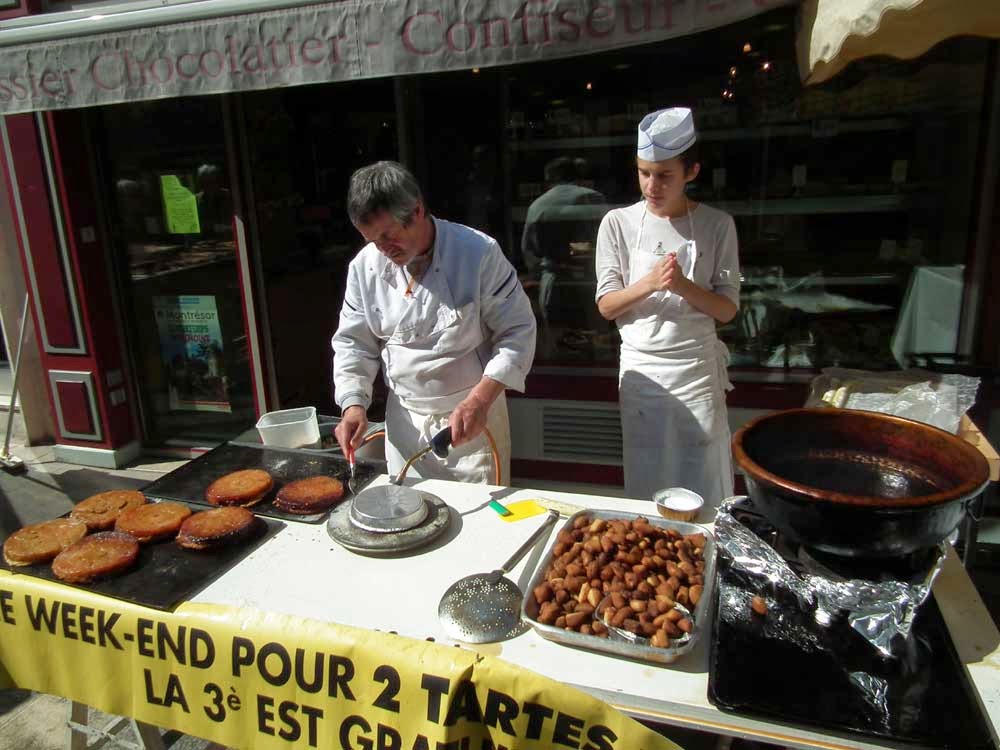 The famous Tarte Tatin was created by a pair of sisters in the Sologne (not far from here). This guy was at Loches market turning them out in the sun and offering a free third one if you bought two. His apprentice was making little deep fried puffs flavoured with garlic and parsley.

While we were standing there a man sampled one of the puffs, then a second. He was going for his third and the baker decided enough was enough. We were entertained by witnessing a very strongly worded dressing down which included the freeloader being told that he was 'beyond disagreable' and would have the contents of the boiling oil vat tipped over his head if he didn't push off.

After the kerfuffle, we purchased a tarte, which we ate for lunch and it was very good.
Posted by Susan at 09:00

Email ThisBlogThis!Share to TwitterShare to FacebookShare to Pinterest
Labels: Loches and area, Markets

Marvellous!
I love the way the French are prepared to give people a piece of their mind without fear of being accused or abused. Quite right too.

It was a fascinating cultural interlude on all fronts, and the tarte was amazing. Nearly as good as your rhubarb and strawberry tarte....nearly, but not quite.

Jean: In this case the guy deserved it :-)

Liselle: You flatterer you :-)