For a while now I've been wanting to write something about oakmoss. It was just a matter of waiting to get the right photo to hang it off. The other day we parked on a country lane, I got out of the car, and lo and behold, there was a small tree right in front of me absolutely covered in oakmoss. So I took some photos. I also took the precaution of sending the photos to my friend Marie-Claude, just in case I'd made a mistake.

Marie-Claude is a lichen expert, and oakmoss is a lichen. It's a very special lichen though, known far and wide as a precious ingredient in high end perfumes, most famously, Chanel No 5. Its scientific name is Evernia prunastri, or mousse de chêne in French, and surprisingly, it is not rare at all in France. It can be found all over the country, growing on just about any species of tree at any altitude and is one of the most abundant lichens in Europe. 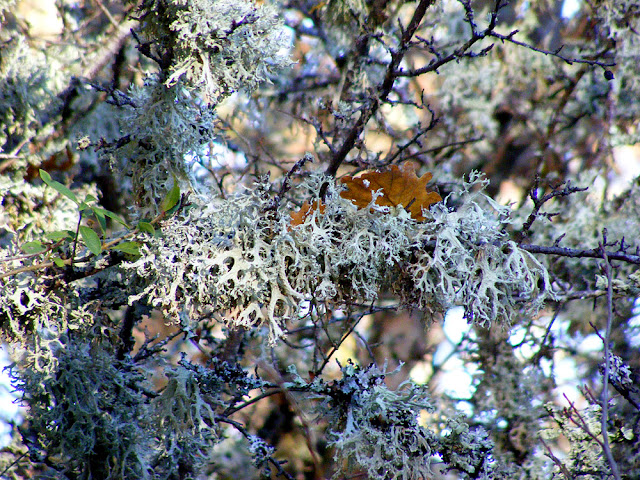 It provides musky and woody notes to perfume, but some people have an allergic skin reaction to it -- not just women using perfume containing it, but sometimes foresters too, who are handling wood with the lichen growing on it. It is generally regarded as the most likely suspect when someone shows signs of being allergic to a perfume. In bad cases it can cause restlessness, vomiting, dizziness, tremors, kidney damage and convulsions.

Oakmoss grows in large clumps on the branches and twigs of trees, resembling bundles of tiny greenish white antlers. It is most abundant in open, windy, unpolluted locations and about 6000 tonnes a year is commercially harvested in Macedonia and Bulgaria, from where it goes to Grasse in France for processing. The compounds extracted are used as base notes and fixatives and are crucial elements in 'Fougere' and 'Chypre' style perfumes. However, it is fairly rapidly being superceded by synthetic products, following a European Directive to accurately label and list the percentages of certain extracts to which many people are allergic. 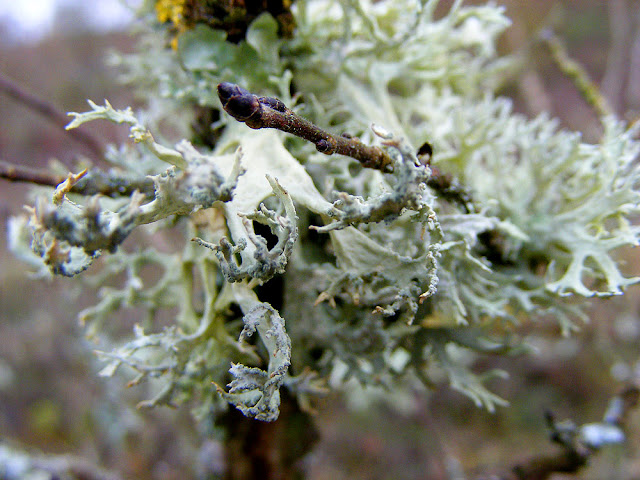 Fougere style perfumes are nearly always marketed for men -- typical brands being Brut by Fabergé and Paco Rabanne's Pour Homme. Oakmoss is combined with fragrances such as lavender, vetiver, citrus and geranium.

Chypre perfumes are based on a blend of citrus and oakmoss which is often modified with patchouli, musk and labdanum, and enhanced with rose or jasmine. The original Miss Dior was a chypre style perfume, but the formula has been changed now, probably due to issues with oakmoss allergies. Lagerfeld is a chypre perfume aimed at both sexes. 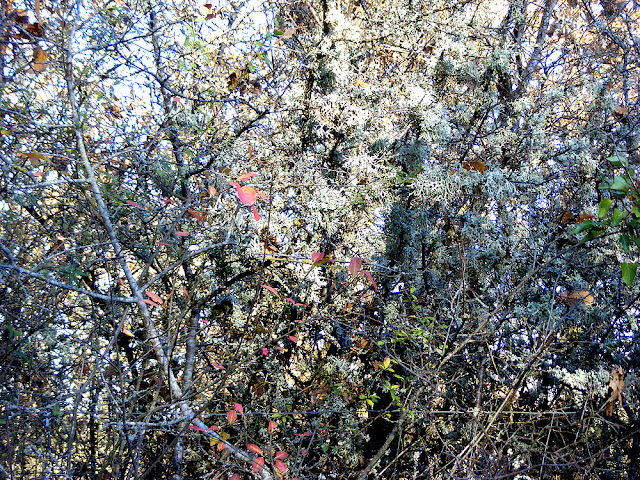 In the past it has been used by the Romans to make a purple dye, and by the Egyptians in various ways when they were mummifying a body.

Obviously, I am not allergic to oakmoss since I had a cologne, Fougère Royale by Houbigant, that I really liked. Never had any adverse reaction.
Labdanum not to be confused with laudanum!

chm: You are lucky. We think Simon might be allergic to the oakmoss that is sometimes on our firewood.

I’m really sorry for Simon. I didn’t know you could be allergic to cologne depending on its constituents.

chm: quite a few fragrances can be allergens or even carcinogenic.