An Assassin in the Orchard

The assassin bug Rhyocoris erythropus (Fr. Réduve à pattes rouges) is a large (12-15 mm) dark red brown true bug with yellow posterior borders to the pronotum and a central yellow line down the scutellum. Its deadly rostrum is entirely black. They live in hot sunny places. 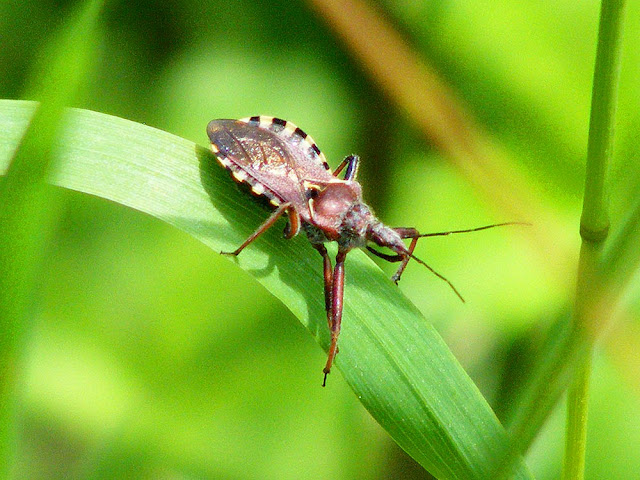 They are hunters which feed on other insects, piercing the prey with their rostrum in order to paralyse and dissolve their prey's organs, which they then suck out as liquid. They mainly hunt pollinators on flowers.

They are easy to distinguish from other lookalike species because they have the pale central line on the scutellum, and others don't.

This one was photographed in our orchard in June 2021.