A Cook on the Titanic

Adrien Chaboisson was born in 1886 in Preuilly-sur-Claise. Before applying for a job on the Titanic, he worked as a young man in restaurants and hotels in Tours and London, notably the Capitol Hotel and the Savoy Hotel. In London he lived with a French family in Kennington. He and a friend he had worked with in both Tours and London who was also a chef boarded the Titanic on April 10, 1912. Adrien had been hired as a roast meat cook in the Titanic's prestigious restaurant "À la carte". Five days later he was one of the victims of the sinking of the Titanic after it hit an iceberg. He was 25 years old. His body was not recovered. He was survived by his parents and two older brothers. 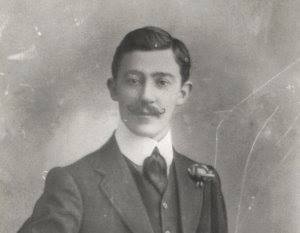 He had been offered a place as a chef on a ship before, in 1906, when he was just 19 years old but turned it down. The restaurant on the Titanic had 67 staff and was managed by a well known Italian chef. The cooks were French, the waiters Italian, the customers cosmopolitan. And super rich. Some of them had spent the equivalent of a hundred thousand euros to get a luxury suite on the inaugural crossing of the Titanic. 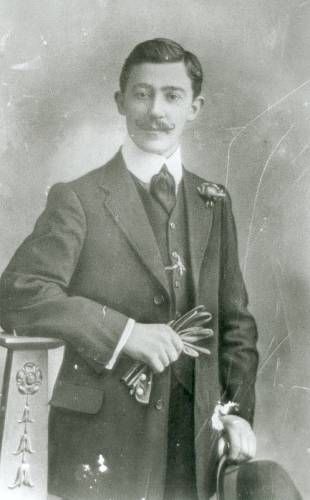 Most of the restaurant staff on the Titanic were European, and there are stories that they were ordered to stay in their quarters during the emergency. Only three survived. In all there were 53 French people on board the Titanic, including a violinist, who with his colleagues in the orchestra kept playing a Strauss waltz right up until the waves swallowed the ship. Of those French people on board, 20 survived (6 men, 9 women and 5 children).

As usual, very interesting post. The awful destiny of that ship! Nearer my God to thee!
Wow, the photo of M. Chaboisson! Can you imagine nowadays a young man twenty-five years old in that attire?

Poor man, what a horrible end to what should have been a great adventure.

My paternal grandfather was a steward on the Titanic and left behind a widow and three children. I always wonder how on earth she managed to carry on, but I suspect the White Star Line helped a lot.

Jean: Yes, the more one reads about the Titanic, the more of a disgraceful and avoidable accident it seems to have been.
Sheila: I thought White Star were utter scumbags and stopped everyone's pay the moment the boat sank. Or am I misremembering?

Susan, they provided my father with an education at the Liverpool Academy and with employment, eventually as the manager of their tourism office in Paris. From there he landed a job with the British Purchasing Commission in the USA in 1936. Thus I, a little English girl ended up living her life in America.

Sheila: Oh, how interesting! Thanks for sharing this little biog.

Yes Sheila, how interesting. If your father had a promotion in Paris, you might have ended up living your life in France instead ofTexas! Life is strange.