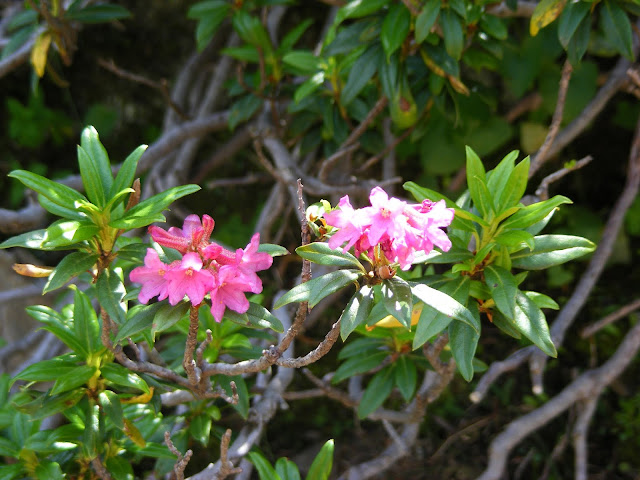 The species is very long lived, with some plants attaining at least 300 years. Where they grow they dominate the north-facing sub-alpine slopes. They start flowering a fortnight after the snow melts, and are in bloom for a month, covered in bright pink flowers. Their name comes from the rust colour of the underside of the leaves.

We saw them in the Swiss Alps a few years ago, but they had finished flowering. This one in the photo above was photographed in the Haute Pyrenees in July this year, when we were lucky enough to see a few bushes that still had some flowers.

Always loved spotting them on our walks in the Pyrenees.

How can it explained that it occurs in such distant places as the Pyrénées, the Alps and the Appenines?

Katie Zeller: I'd like to see them earlier in the season now. They must totally cover some slopes.

chm: My guess would be seeds carried by migrating birds or animals. They have a very specific altitude band they grow in.