I wrote on Sunday about the closed railway line (now a walking path) in Trentham, and mentioned that closing railway lines is a common theme across the world. What is amazing is how many railway lines there used to be in the area around us.

The map below shows the current state of play: 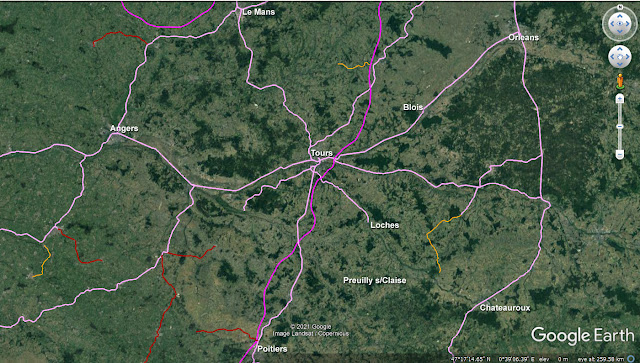 Add in the closed mainline services (green). These were lines run by SNCF, the French national railway system. They were mainly standard gauge (1435mm), but there were also some narrow gauge services (mainly 1 metre) run by the SNCF. 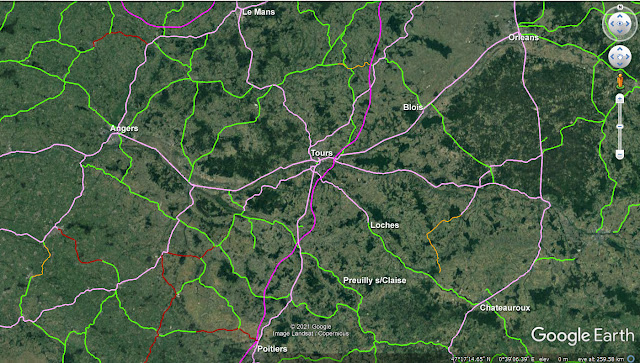 Then a real shocker...

Most of the départements had CFD - Chemins de Fer Départementaux.  Some were passenger lines, some were lines of exploitation (freight), but many were trams, winding their way across the countryside or along roadsides, connecting villages with nearby towns. These are shown in yellow. 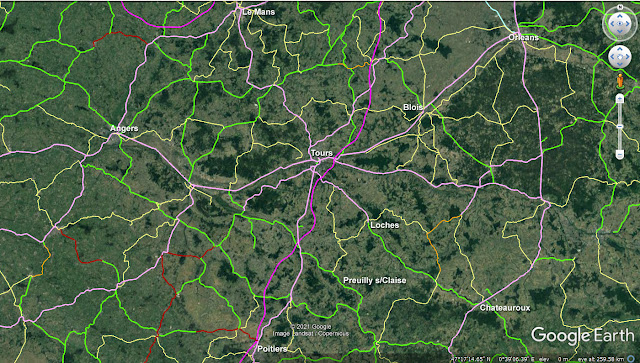 In some larger towns and villages that had stations on the edge of the built up area the railway track bed is now the route of the rocade (bypass). In other places old train lines are being opened as voies vertes: bike and walking paths. The new path through Preuilly is one instance of this. Soon much of France will be accessible by bike on paths built on old railway lines..

This shows an interesting GoogleEarth overlay. What website carries this? Interesting for plotting some walking and biking routes in my local area.