The first part of the road is a fairly typical Pyrenean Route Departmentale, with a decent surface, a fair number of safety barriers, and some spectacular views.

It was originally intended to be the final section of the RN21 (Route Nationale 21), which ended near Gavarnie until 1973. The idea was to make a century old cross-border route passable by car. The French section of the route was opened in July 1969 as a departmental road and was surfaced up to the Port of Boucharo. On the Spanish side, the work reached Bujaruelo, but the section up to the pass remained incomplete. 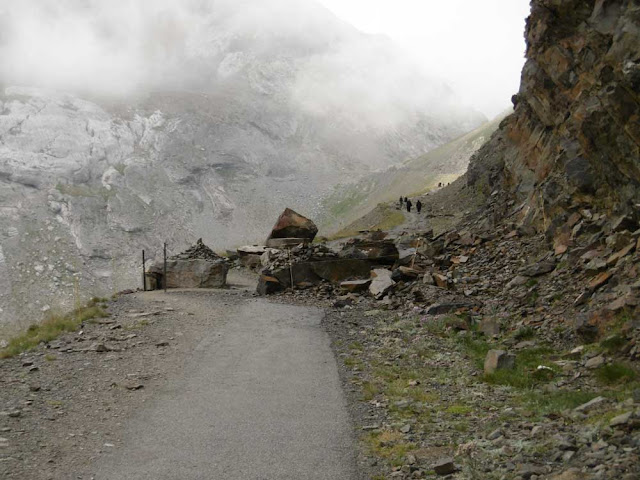 The resealed section stops at a landslide 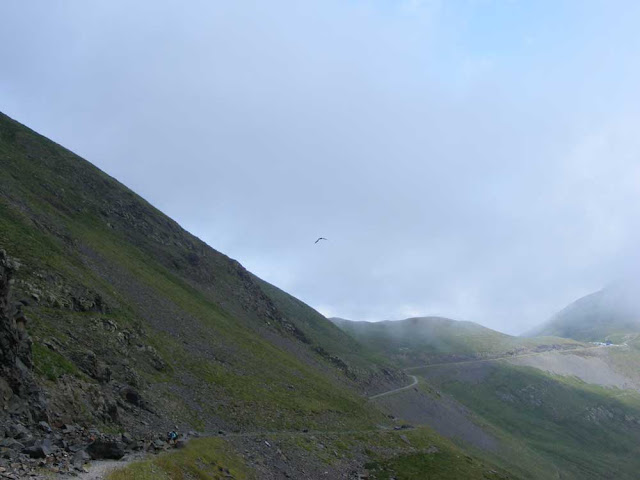 When the Monte Perdido Massif was listed as a World Heritage Site, the road was cut off at the Col des Tentes and the section up to the Port de Boucharo was abandoned. In 2012 the first 800 metres of the abandoned section was restored with a 1.5 metre wide sealed section, which creates access to part of the site for people in wheelchairs. The rest of the abandoned route is now unpaved, although the occasional patch of tarmac is still visible.