On 25 August 1944, Paris was liberated. But down in the Touraine, a village was being massacred.

That month the Paris-Bordeaux train line had been sabotaged three times. Also that month the inhabitants of Maillé rescued a downed Canadian pilot and successfully hid him from the Germans. He was never captured. Then an arms drop was intercepted by the Germans. Finally, on the evening of 24 August there was a fire fight between Resistance fighters and German soldiers at a hamlet near Maillé. The German commanding officer received orders to enact reprisals. 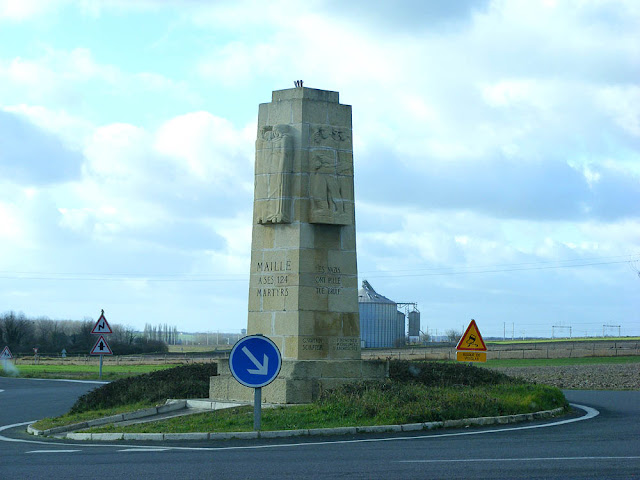 The next morning Allied bombers attacked a German convoy at Maillé. The Germans blocked all access to the village. They then systematically moved through the village, killing everything that moved and setting fire to the houses. By midday they were done and they left. Two hours later German artillery fired 80 mortars at the village. Of the 60 houses in the village, 52 were destroyed. Of the 500 inhabitants of the village, 124 were killed. The youngest was a three month old baby, the oldest an 89 year old grandmother. Forty-eight of the dead were children under the age of 14.

One of the common threads to the testimonies of those who survived is that no one came to help, either while the attack was going on, nor afterwards. The survivors were left to deal with the dead as best they could. Some bodies lay outside long enough for dogs to start chewing at them, and the best that could be done for some was to be doused in bleach to try to keep the bodies in some sort of state of preservation before they could be buried. They ordered coffins from Tours, and only 40 were delivered. No one in authority came to offer their condolences and pledge support. The villagers were left to rebuild the houses on their own and today you might not even notice that something terrible took place 77 years ago. Except that there is a modest museum dedicated to the massacre, and a large memorial on the turnoff on the main road into the village.

The memorial was carved by Gaston Watkin, working in collaboration with his wife Marguerite Griset, and erected in 1947. Some years later he would go on to make the memorial to the students who were members of the Resistance, in the Luxembourg Gardens in Paris.