In the mid-19th century it was common to place a mummified cat under the floor or in the wall of a new building in Australia, to ward of evil spirits. It was a practice that had emigrated along with the colonisers from Britain. Glengallan Homestead, near Warwick in south-east Queensland, turned out to have such a cat, discovered in the early 21st century when renovations took place. 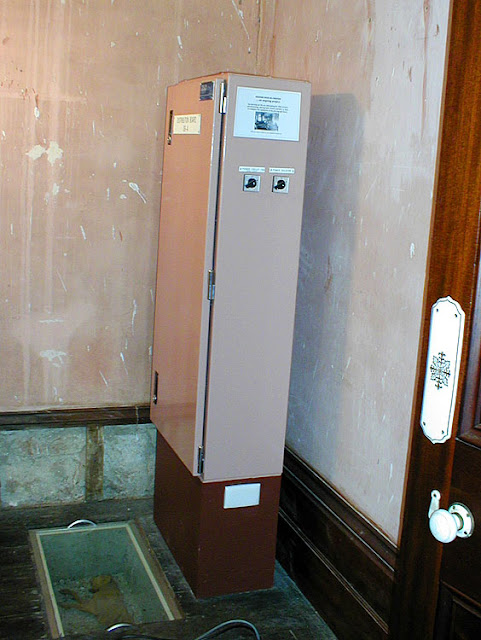 Cats were linked to witchcraft and in this capacity were thought to prevent evils such as diseases from entering. Typically the animals were positioned on the left hand (sinister) side of the building because that is the side from which evil would naturally approach and attempt to gain entry.


The cat has probably been deliberately killed and embalmed to preserve it as part of a secretive ritual associated with the builders' trade guild. Now it lies in a controlled atmosphere box with a clear top so visitors can see it and learn about the practice. Humidity, temperature and light are all carefully monitored and controlled with the aid of the large modern apparatus in the corner. Modern heritage conservation at work and allowed to be visible.

Strange practice! As my grandmother would have said, I'm not superstitious because it brings bad luck.

Strange and interesting, never heard anything about the practice in England... Will Googly it!!!

As you have now discovered, there are several known examples of it in historic houses in England.