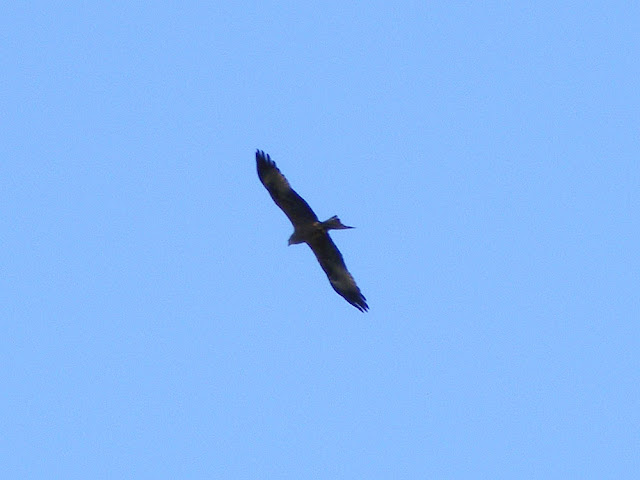 Black Kites Milvus migrans (Fr. Milan noir) are birds I knew quite well before I arrived in France. They are widely distributed in Australia and I have seen them often. Now that we live in central France they are one of the few species we have in common with our old life in Australia.

We spent a happy hour or so watching Black Kites hunting for small mammals, reptiles and grasshoppers in the marsh around Brouage in the Charente-Maritime when we visited in June. The grass was being mown just outside the fort and the ramparts afforded us a great view of the kites aerial agility as they followed the tractor. 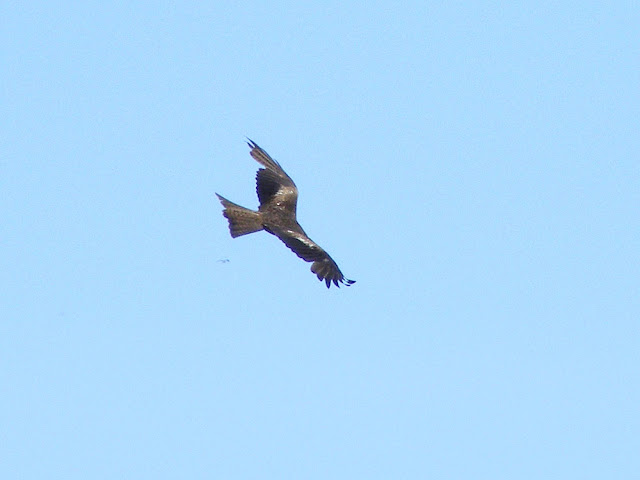 Black kites are just as likely to scavenge as actively hunt, and they are usually seen circling on thermals, scanning the ground for anything tasty. They are easy to identify, as although not really black, they are fairly uniformly dark, with a distinctive silhouette, including a forked tail which they twist and adust constantly, and long, bent, fingered, rather narrow wings. 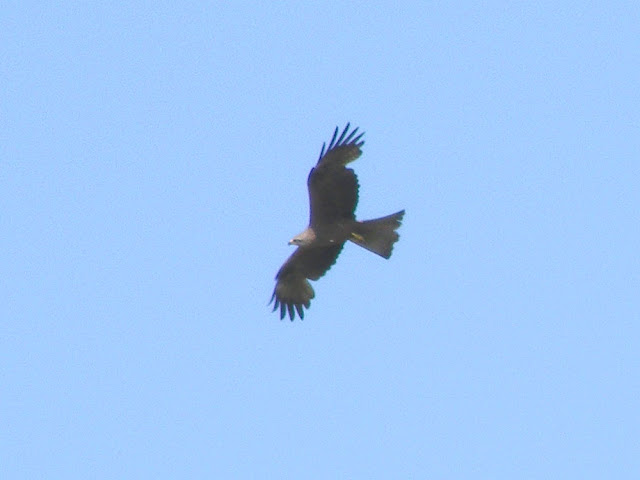 Here in Europe the population comes and goes with the seasons. They will arrive from Africa at the end of winter to breed, and depart again at the end of summer, whereas in Australia you can see them throughout the year. They are one of the many species first described by the great French biologist the Comte de Buffon, and the type species is in the collection of the French National Natural History Museum.

In Australia Black Kites have been observed patrolling the leading edges of grass fires, and even grabbing glowing sticks and moving them into new areas to start new fires which will flush out small prey.

Where you see one Black Kite you are likely to see several others, as they are a gregarious species. They are the most abundant bird of prey in the world, and France has a population of about 25 000 breeding pairs. Charente-Maritime is a hotspot for them, and their population appears to be increasing. Marshes like the area around Brouage are typical and favoured habitat for them. 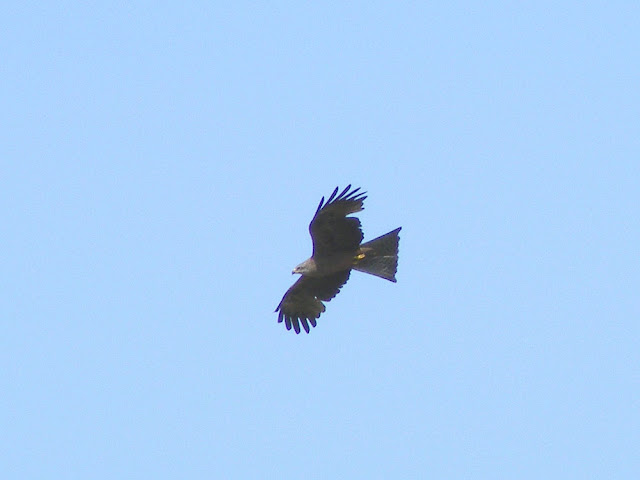 Black Kites are a protected species in France.

Beautiful bird. Just like the American bald esgle, their heads are lighter than the rest of their plumage.

In Washington, D.C. we have a lot of seagulls. While waiting for the bus in the morning, I used to look at them flying above. They're such aerialists. I think they enjoy flying using thermals.

In the field you don't really notice the lighter head. Seagulls are great at controlled flying in gusty conditions too.