We've written about Chateauroux Airport before, so imagine our surprise when we discovered that it was to be the venue for this year's World Aerobatics Championship. We found out through a former client of ours whose husband is a member of the USA team. We were away working when the competition (and the final day airshow) was on, but we went along on an open day earlier in the week.

I was excited to see a Lockheed Shooting Star flying.
This is the Canadian CT-133 Silver Star version. 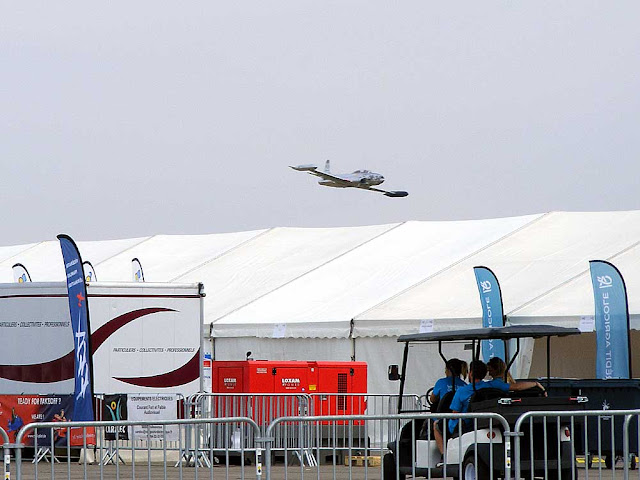 The plane is derived from the first American jet fighter, the  P-80 Shooting Star of 1944. 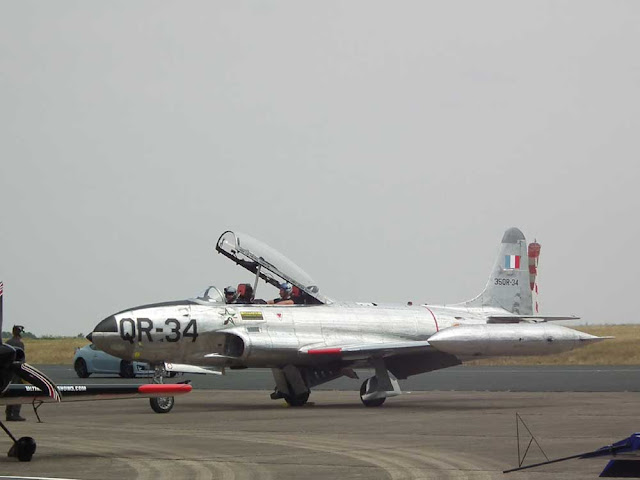 Are we sure that's the right way up? 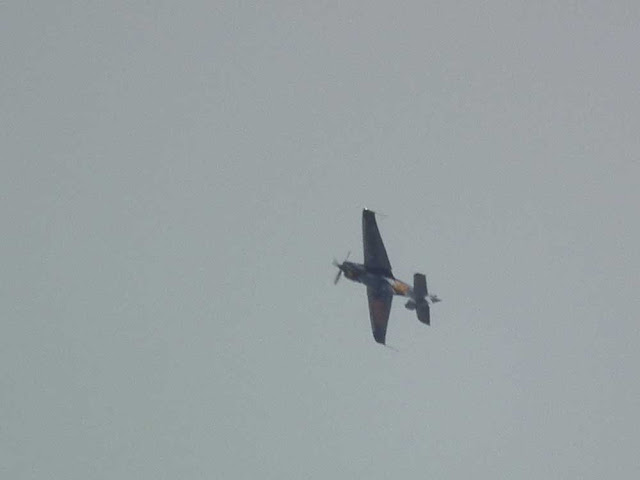 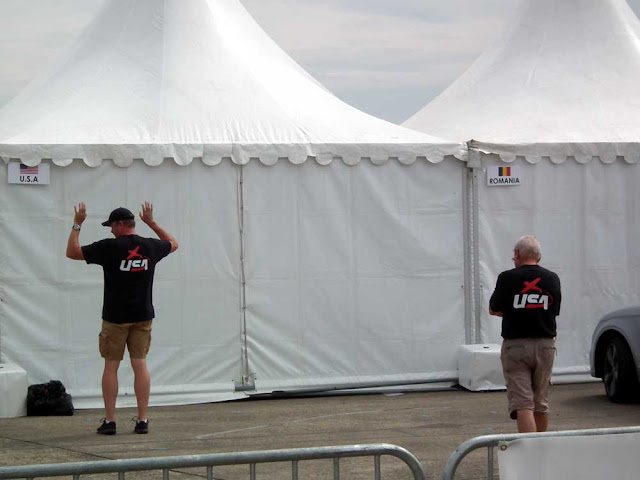 Antonov An-2 biplane - still in service in many parts of the world, built until 2001. 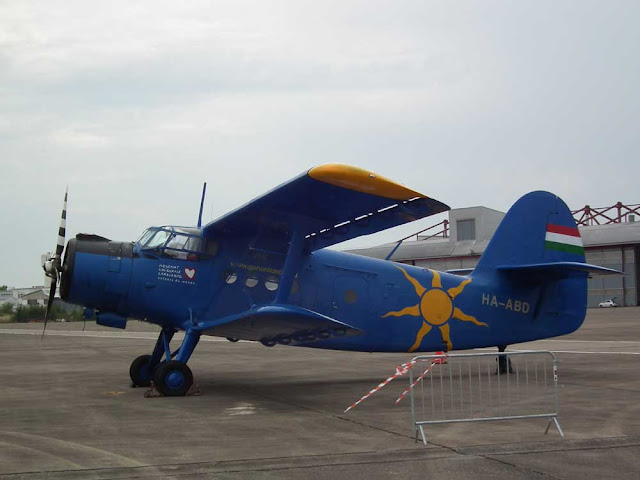 A Douglas DC-3 (Dakota) This plane took part in the Normandy invasion,
then saw service with Air France (more here). 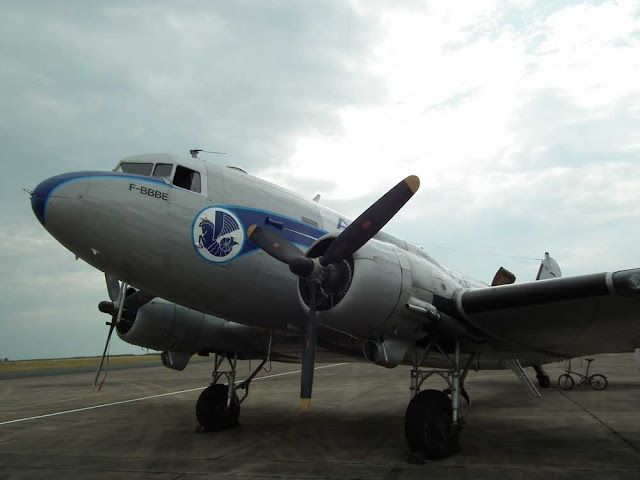 Guided tours were being given of the DC-3 I was interested to see it had both a
perspex dome (for celestial navigation using a sextant) and modern GPS based navigation. 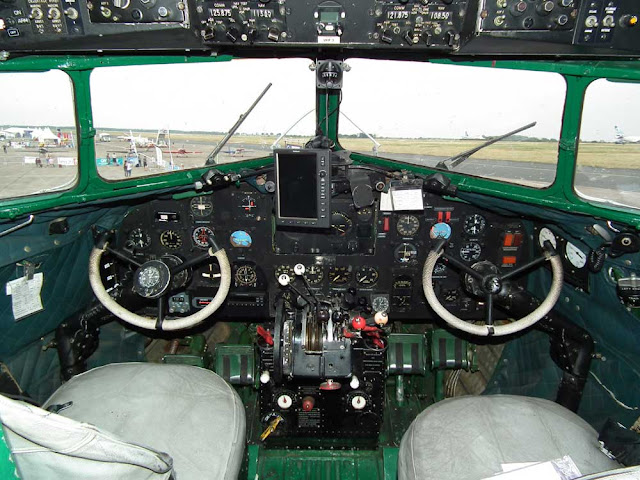 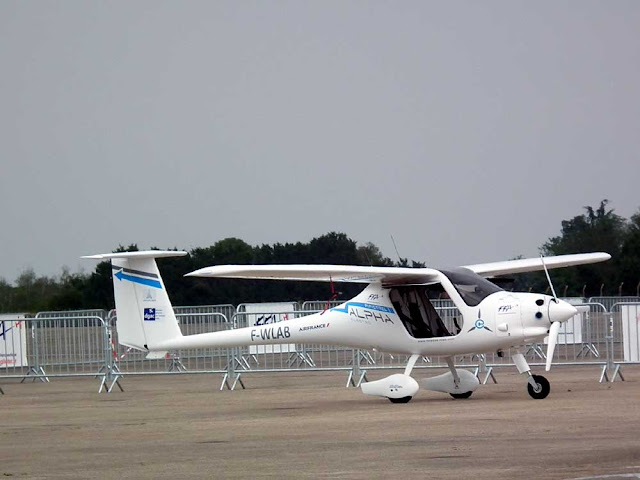 Because we went while it was all being set up we didn't get the full effect, but there was plenty to see (and do). Here's a full list of the historic aircraft that were on display on the final day.
Posted by Simon at 09:00

I had the pleasure of flying in an Antonov AN-2 some years ago in the UK. I believe it is the largest biplane and flys incredibly slowly due to the drag. The controls are pneumatic so there is a lot of puffing and wheezing. Inside reminds me of machines in old films like 20 Thousand Leagues under the Sea and First Men in the Moon.