We have mentioned Lake George before, but we have never written properly about it.


On the left, the lake is full. On the right, not even a puddle 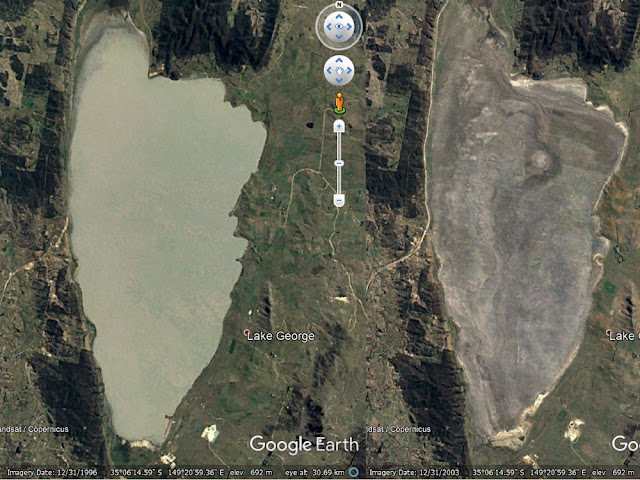 Lake George is about 70km North of Canberra, and is an endorheic lake - a body of water with no outflow. The lake is often almost totally empty, but there were times in the 1970's when the water level rose above the Federal Highway, the main road linking Canberra and Sydney. In 2016 it was almost full, but by the time we drove past on the new, raised, Federal Highway in December 2017, the lake was almost empty again.

It's a strange thing - the water can disappear overnight. Because it's so shallow a change of wind can literally blow the water to the other side of the lake, leaving just cracked mud. Another change in wind direction can see the dry mud covered again.


In the distance you can see water: in a wet year it can come right up to the trees in the foreground. 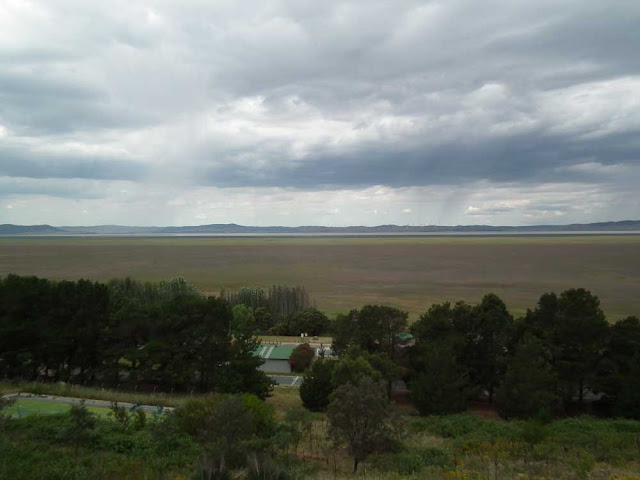 When I was a young bloke this led to fanciful rumours about why it emptied and refilled so quickly: it was linked to another lake in New Zealand by an underground channel, ditto for a lake in South America, and one in South Africa. Siberia was also mentioned.

When I was 11 or 12 years old a workmate of my Dad took us out on the lake in a ute, but my main memory is of the times it flooded and there was doubt of we could get back from Sydney. Even when I had my driver's licence in the 1980's and travelling to Sydney for the weekend it was occasionally an issue.


I can remember when it were all water around here... 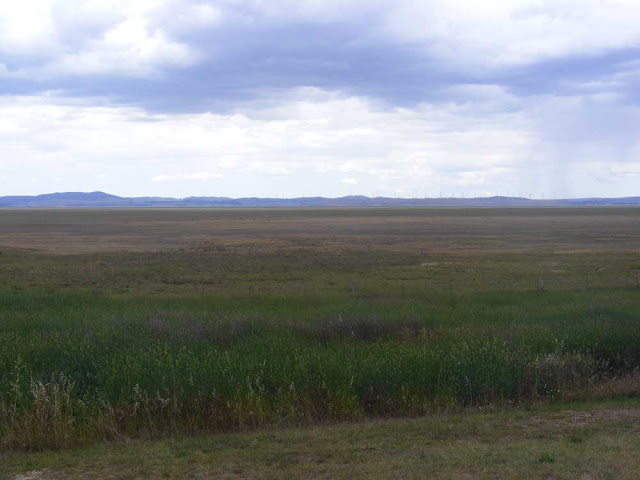 There are many myths and stories about Lake George: some of them are here

Is there any kind of aquatic wildlife that can survive the dry spells?