One of the first holidays Susan and I took together was camping at Mount Moffatt Natioanl Park in Central Queensland. I can't remember why we decided on Mount Moffatt. Nor can I remember why camping. Although I guess once Mount Moffatt had been chosen, camping was the only option.

We drove there in my Datsun Ute (king cab version, no less) that I had wired to accept Susan's father's car fridge, filled with our new sleeping bags and my 20 (at least) year old tent that had done sterling service all through my 20's. We spent the first night in a mobile home on a campsite in Roma because of storms, and the next day drove to the National Park via Mitchell and the Womblebank Road, an eight hour drive on 300km of mainly very rutted and corrugated dirt roads.
Camping in Longreach a week later. 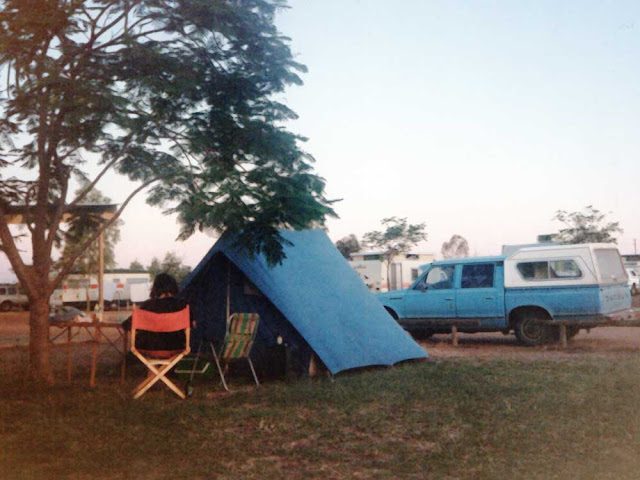 Apart from the roughness of the roads the main thing I remember from the trip was seeing what can only be described as a flock of about 20 Wedgetail Eagles descending on a kangaroo carcass somewhere near Womblebank.

That's not a road, that's a river. The roads weren't that smooth 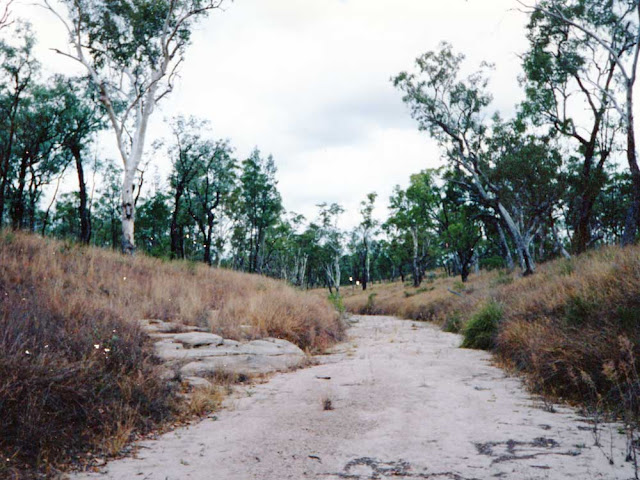 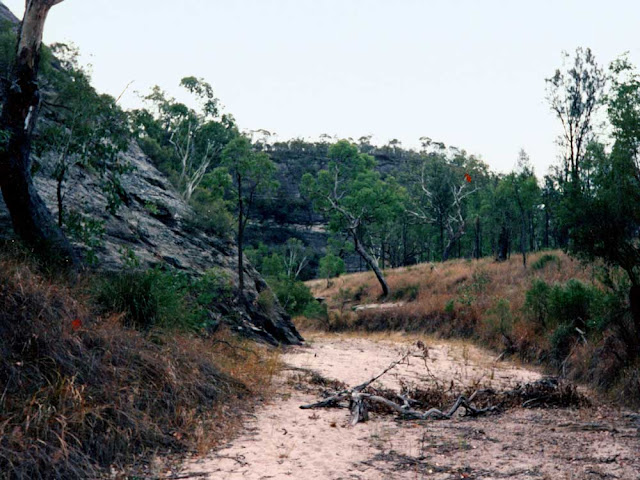 Mount Moffatt National Park is part of the 3,000 square km Canarvon Gorge National Park, and has a long history of Aboriginal occupation. We only staryed there 3 nights, and in that time we saw no-one, although we did see someone's caravan at a second campsite. I don't think we saw much wildlife, either, apart from lots of dead 'roos, and some fish in an almost dried up rock pool.
Posted by Simon at 09:00