The Dead Centre of Preuilly (part 2)

Two and a half years ago I wrote about the Napoleonic Cadastre, and how it seemed to indicate a burial ground even older than the old cemetery that at that time surrounded the Chapelle de Tous les Saints. At the time it was uncertain as to where the marking "Ancien Cimitiere" referred. 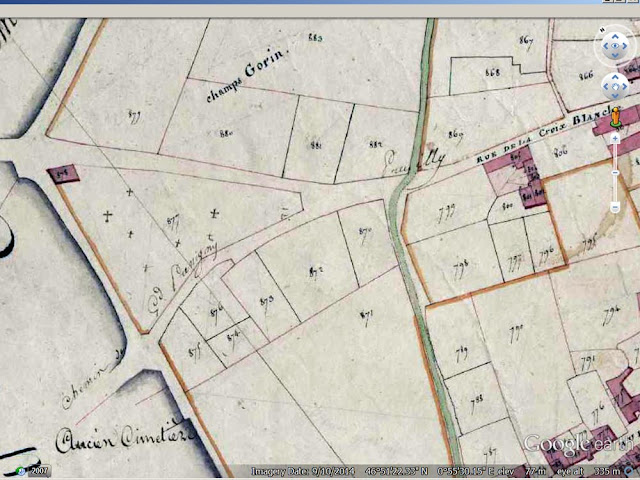 My conjecture was that as the area marked with the crosses was at the time the cemetery, the "Ancien Cimitiere" was actually in the field it was written in. What I should have done was check the cadastral map for Boussay. That seems to give even more evidence that the cemetery that the Aboretum now occupies wasn't the first in the area.


The 1810 cadastre of Boussay. The "Ancien Cimitiere" seems to be
deliberately marked away from what was then the current cemetery 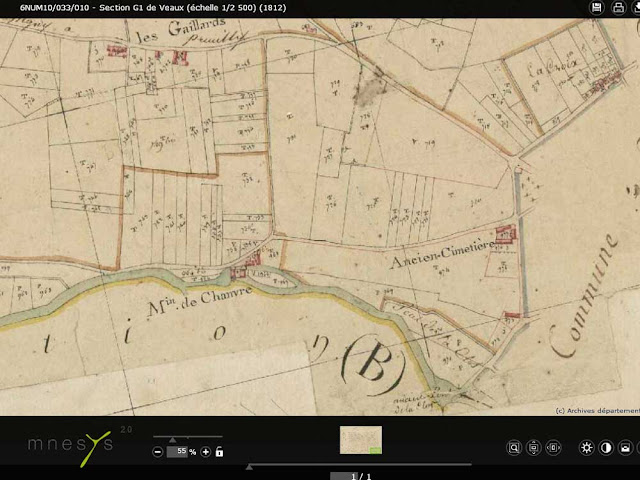 Email ThisBlogThis!Share to TwitterShare to FacebookShare to Pinterest
Labels: Maps, Pictures of Preuilly