Botany Outing to the Courtineau Valley, May 2019

Our Association de Botanique et de Mycologie de Sainte-Maure-de-Touraine outing on May Day was to the Courtineau Valley, near its confluence with the Manse, a valley with an equally rich botanical habitat. This outing was specifically designed as a teaching exercise and our members were training members of the heritage society of Saint Epain about the wild flowers on their patch. Here are some photos of an area I am becoming increasingly interested in, both for it's botanical interest, but also its impressive troglodyte homes and general picturesqueness. 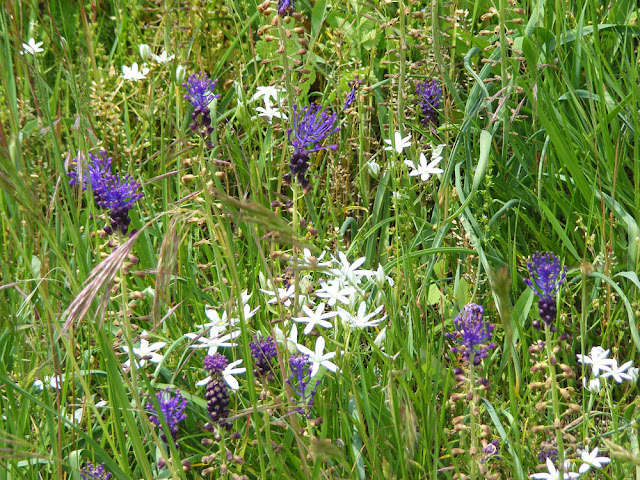 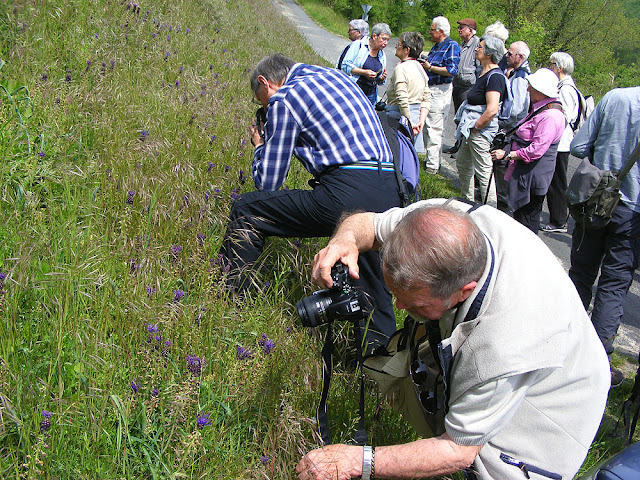 Photographers go for that money shot of the Tassel Hyacinth, whilst Chantal talks to the group about what they are seeing in general on the bank. We never did do a proper species count, but it was lots! 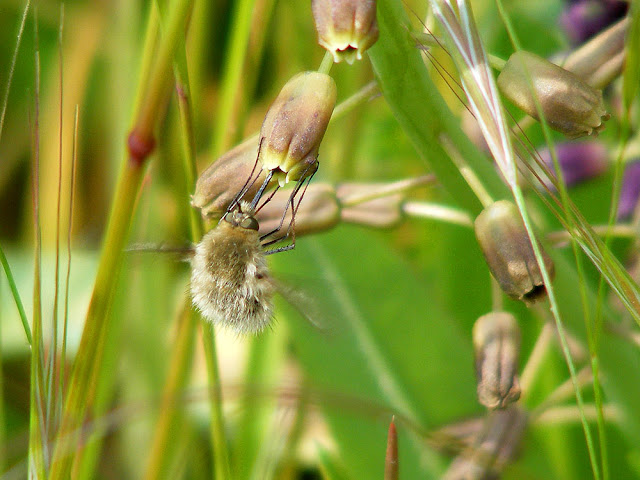 This bee fly (either Bombylius or Systoechus sp, I can't tell from this photo) is where the real reward is on Tassel Hyacinth -- their lower, dull looking flowers are full of nectar. 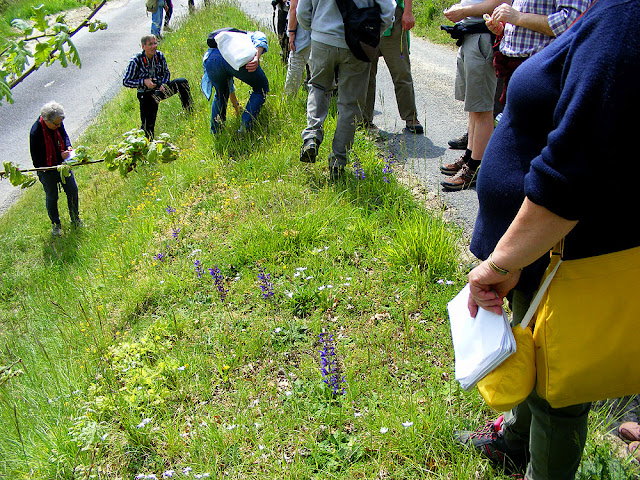 On the middle bank, a different selection of plants. 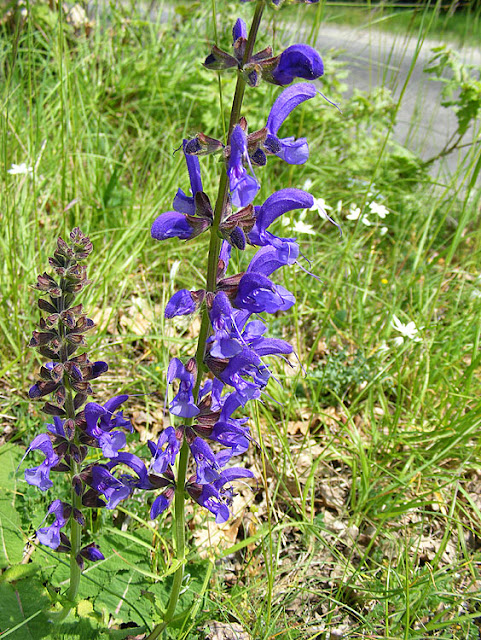 Common Vetch Vicia sativa (Fr. Vesce cultivée). The plant is guarded by ants who receive a reward from the plant in the form of nectar produced from the black spots near the leaf axils. The ants eat or remove other insects that would eat the plant. The species name sativa means 'grows from seed' and by association has come to mean 'cultivated'. Common Vetch occurs wild or naturalised like this one, but is also grown for fodder, as a green manure and occasionally as a companion plant for cereals. 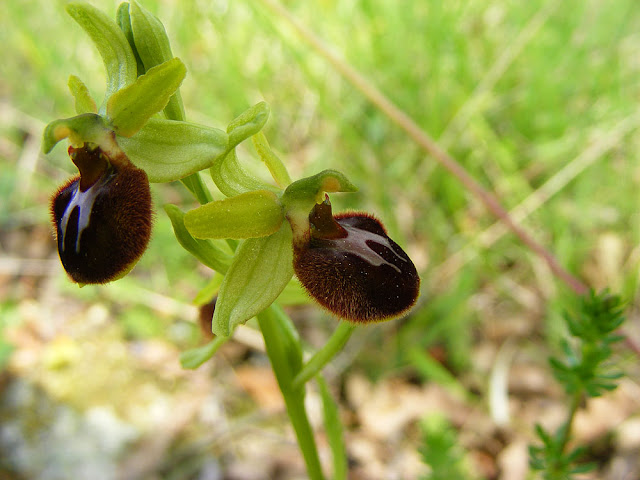 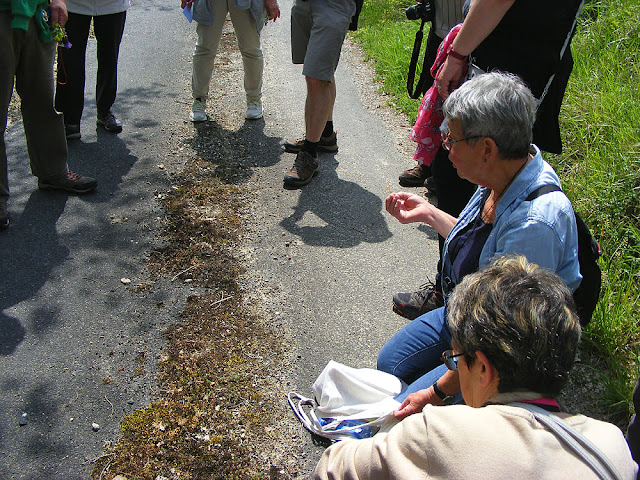 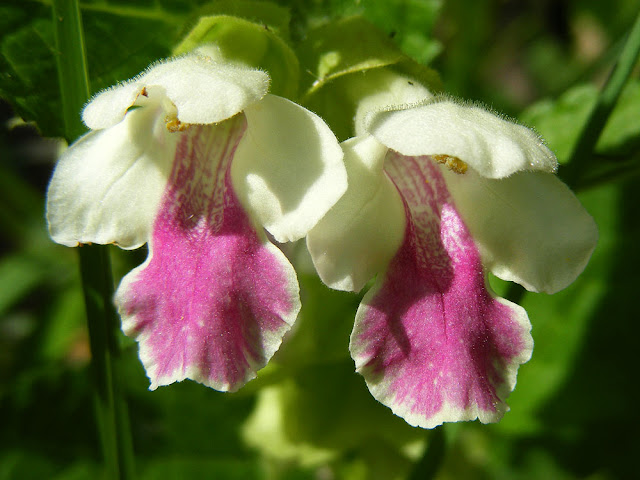 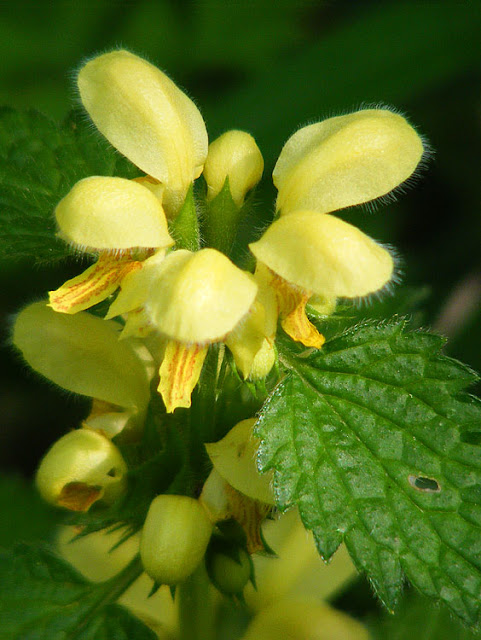 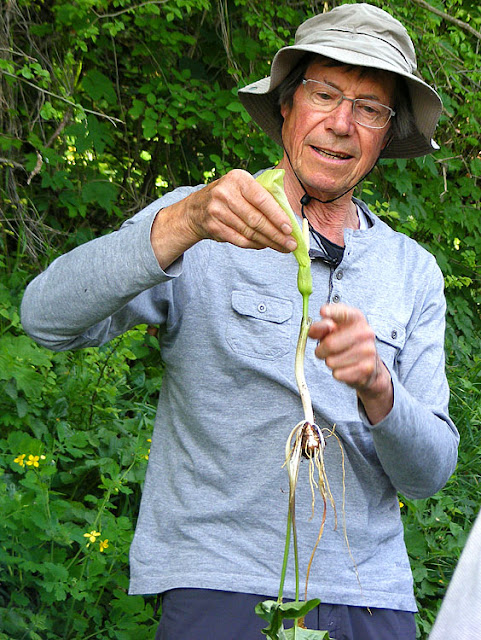 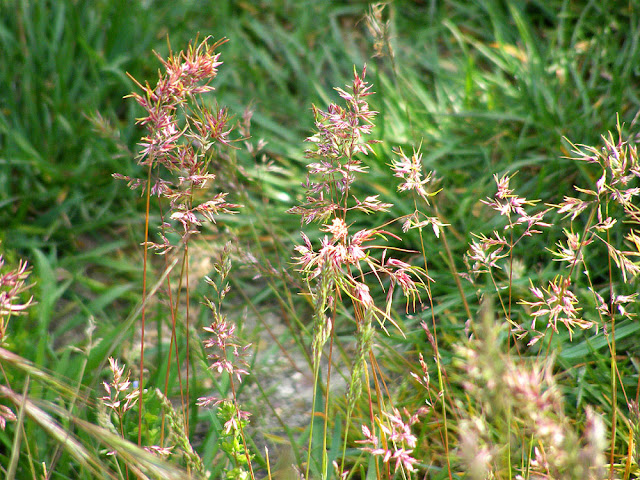 Annual Meadow Grass Poa annua (Fr. Pâturin annuel). One of the perennial Meadow Grasses was growing in the same vicinity. One way of checking if a grass is an annual or a perennial is to try to uproot it. If it comes up easily it is an annual, but if it is a perennial it has a much more extensive root system and is much tougher to pull up.

Post-outing drinks were taken at the nearby house of a member of the heritage society. He is the former director of the Museum of Prehistory in le Grand Pressigny, and has an extensive collection of locally made bricks, which were on display in his lovely garden overlooking the valley.

I managed to frighten the living daylights out of my friend Louisette by making a classic error in French. I said at one point that 'Simon a décidé...' but I managed to mangle the vowels and she heard 'Simon est décédé'. For one reason and another, family, winter, stuff like that, we haven't actually seen one another for about 6 months. You should have seen the look on her face when she thought I was telling her that Simon had died! This is the sort of error you are warned about when you are learning French, but I have never actually done this one before.

Anyway, here is a link to Louisette's photos from the outing. Her photos are way better than mine, but she doesn't have a macro lens.

We are also on Instagram, so check us out to see a regularly updated selection of our very best photos.

Great photos of interesting plants and people. Between you and Louisette, I feel as though I'd been on the hike too. What's that fungus of some sort, I guess, toward the end of L's photos? Looks like a piece of leather.

Perhaps we can look forward another trip to the area?

The fungus is a Peziza sp (I forget which one, and it seems I didn't make a note of it).

That is what I miss about living in Andorra. Our weekly walks in the mountains were always so educational - flora, fauna and miscellaneous bits of lore.
I need to find a walking group!

I belong to both the local walking group and the local botany group.