English Iris Iris latifolia (Fr. l'Iris des Pyrénées) was the star botanical species of our Pyrennean holiday last year. This is a beautiful iris, which was a total surprise to us. We had never heard of it before, but in some places it literally covers the slopes in a blue haze. We were just lucky to be there at the peak of its short flowering season.

It is endemic to the Pyrenees and Cantabrian Mountains, but curiously, is known as 'English Iris' in several languages. This is a result of a Renaissance mistaken identity, when some nuns in Germany received some bulbs in 1600 from monks in Bristol. They believed the Iris occurred naturally in that area of England. In fact, true Iris latifolia is rarely cultivated and those offered today by bulb breeders are hybrids.

These next three photos are all from near the summit of the Col de Tentes, 2200 metres above sea level. 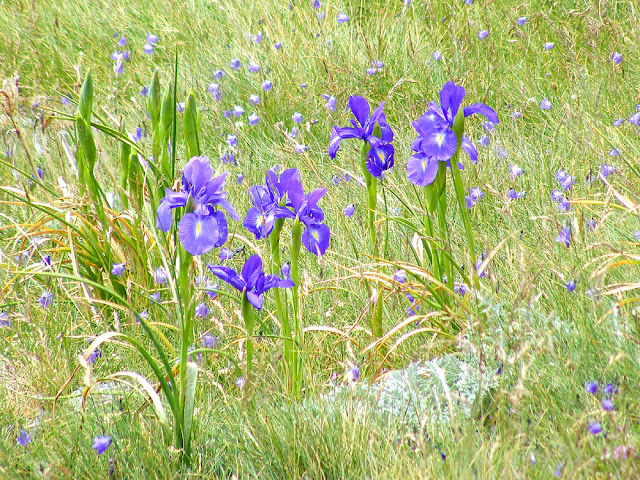 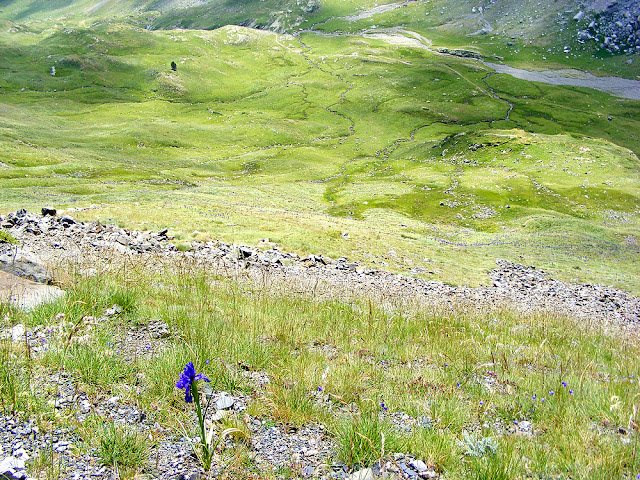 I love any kind of iris. Were those imported from England ?:-)

chm, I do too. What a thrill to come across so many in the wild. Beautiful shape and color.

chm: No!! Totally wild and endemic to the Pyrénées.

Carolyn: One of the many times I said 'Wow!' on this holiday.