Chaource is a soft cheese with a white bloom, made from whole cows' milk, rather salty, with about 45% fat content. About 2500 tonnes are produced annually, from the milk from about 70 farms and fewer than 10 production sites. It is a very old cheese, mentioned as early as the 14th century. Marguerite of Burgundy, Queen of Navarre and sister-in-law of King Philippe VI of France is known to have served it at her table. At the time, its production was tightly linked to monastic establishments, as they were the only people who had the resources to produce enough milk. They also favoured cheese as an alternative to meat in their diet. 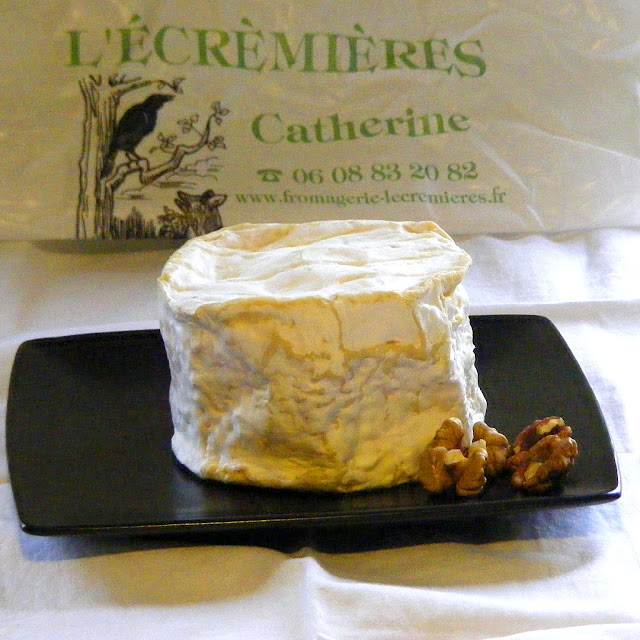 By the 17th and 18th centuries women on farms had taken up production to feed their families. They didn't make more because they had to fit production in with all the other tasks they had. Thus they developed a simple rhythm which extended over several days, but meant the cheese could mostly be left unattended. The cows were milked morning and evening and then the milk left until the next milking to form curds, and then left to drain. The cheese tended to be eaten fresh in the summer, but dry in the winter, mainly for reasons of practicality ie the cheese was difficult to age in the heat of summer, and this difference in consumption has tended to persist even into modern times. 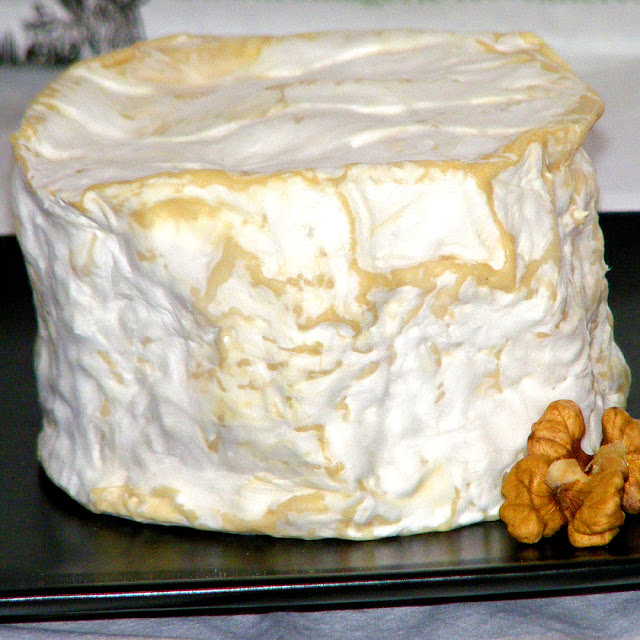 By the 19th century cheeses which were not being consumed on the farm were being sold in the markets by cheese merchants who travelled around the farms buying up excess cheeses and reselling them in the centres of population, both local and the big cities. Improvements to dairy herds and pastures meant production was augmented and the market grew. However, production was constrained by the size of farms and the time they had to make cheese until the mid-20th century, when small milk processing factories began taking the milk of several farms and making larger quantities of cheese under the careful eye of a specialist artisan cheesemaker. 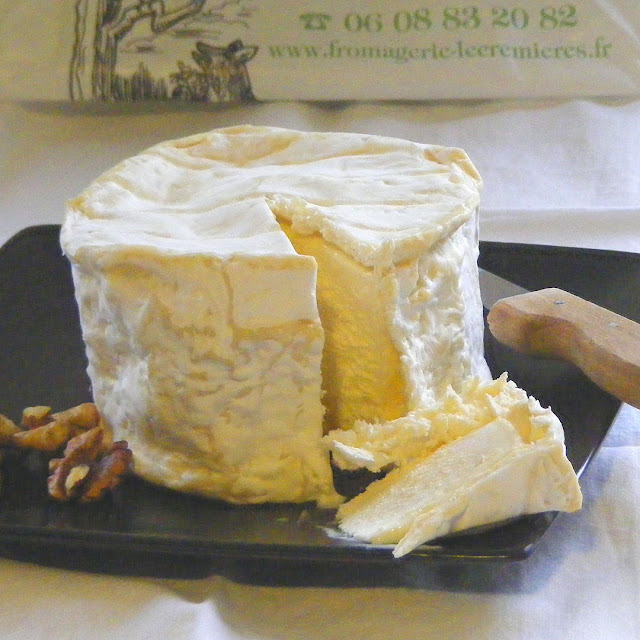 Chaource cheese comes from Aube (the area around Troyes) and Yonne (the area around Auxerre) in the north-east of France, from mainly grass fed herds on mixed farms. The milk used cannot be modified in any way ie it can't be filtered or split to produce a standard product the way modern dairy processing so often does. The cheesemakers must rely on the traditional fairly non-interventionist husbandry techniques used by the farmers to manage the cows to produce milk of just the right quality for making Chaource cheese. Once curds have formed they are ladled by hand into cylindrical moulds which are slightly higher than wide, and allowed to drain by the force of gravity ie the weight of the cheese pushing down on itself, with no pressing. The cheese is turned over in the mould at least once during this draining process. Once unmoulded the cheeses are wiped with a cloth and rubbed with dry salt. Then the cheeses are laid out to mature for a fortnight. During the whole process temperature is closely controlled -- warmer for forming curds, cooler for maturing. 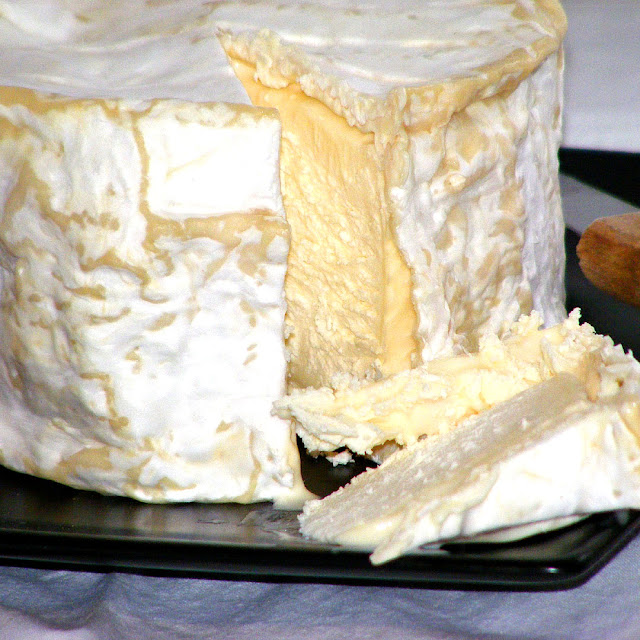 While maturing they develop a thin crust and a white surface bloom of Penicillium candidum, with a characteristic undulation due to the drying effect of a different, yeast like fungus, Geotrichum sp. The cheeses come in two sizes. The large ones are between 450 g and 700 g, with a diameter of 110 - 115 mm. The small ones are 250 g to 380 g and 85 - 90 mm across. Over time the layer just below the crust will become creamier and creamier, whilst the centre of the cheese will become more granular and almost crumbly. It is quite an earthy, mushroomy, nutty cheese, and one of our favourites, which we often buy from Catherine's cheese truck in Loches market. The one in the photos is the larger size and cost us €8. Chaource is in the same 'family' as the better known Brie cheese. Since 'what grows together goes together' it can be consumed with champagne or chablis wines. 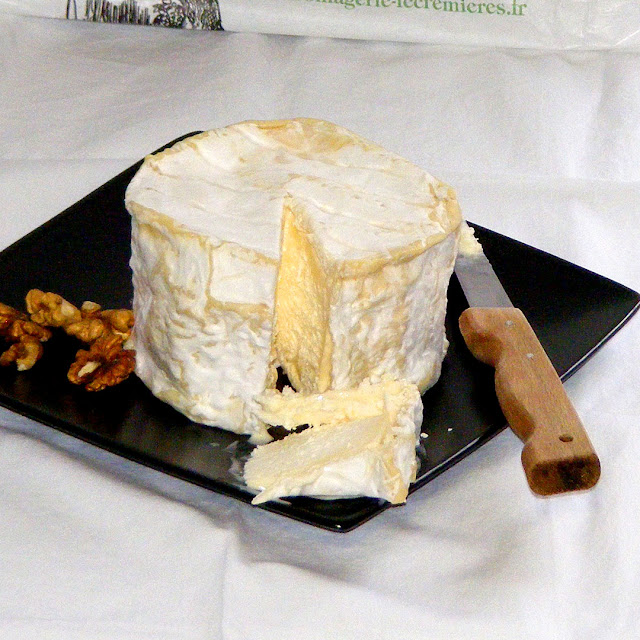 Chaource is one of our favourites.

As usual, you pack in lots of good information. Today this lush-looking cheese makes me hungry for a rich cheese and good bread.

Ecremieres Catherine is the truck we always look for at Loches market. They usually have clacbitou cheese, which I'm always on the lookout for when we're in France and don't often find.

Jean -- ours too.
chm -- I like cheese, but I don't eat it every day.
Carolyn -- Catherine's cheese truck is the best! I've never heard of clacbitou cheese. I guess we've never felt the need to investigate goats cheese from other regions.

Susan, I think what Carolyn meant was chabichou, a goat cheese from Poitou.

Susan, I found the Clacbitou goat cheese. It comes from Burgundy and is quite recent. In the Poitou/Quercy region, there are two goat cheeses with a close name, Chabichou for Poitou and Cabecou for Quercy. I like both.

chm -- yes I checked out clacbitou and saw it came from Burgundy.

chm, I was going to say that they sneaked in a new cheese while you weren't looking.

Until Chaource was mentioned here the other day, I didn't know it was one of my husband's favorites. He can get it in the US so when we're in France he prefers to buy cheeses we can't get here.