Two Years Ago, Before the Bushfires

Much of the country that is burning so ferociously in Australia is places we are quite familiar with. On our 2017-18 trip we travelled through Gippsland and stayed on the New South Wales south coast. Both these areas are experiencing unprecedented bushfires.


My sister travelled from Canberra to south-east Queensland for Christmas and New Year and said she'd never seen so much smoke. She is delaying her return because of the poor air quality in Canberra.

All tourists, thousands of people, mostly staying in caravan parks, have been ordered to leave the south coast and go home, via the few roads that the fire brigade have deemed safe to travel on Thursday. The most dangerous day at the time I am writing (Thursday) is expected to be Saturday. We have friends who live in the 'leave zone', and all residents have been told to be prepared to leave. I worried that they may not get very far -- reports at the time of writing were of traffic jams near Cooma of 30 kilometres and Koscuiszko National Park evacuated. Later on Thursday I heard from Facebook contacts that people were making it through, just taking twice as long to make the journey as normal. People were apparently calm and coping. The air quality remains terrible.


The fire brigade is saying that the fires can only be extinguished if it rains. The weather bureau is predicting that the earliest rain will be at the end of January, and may not arrive until April.


Here are photos from exactly two years ago, to show you what these places should look like.


The Genoa River, which joins the Wallagaraugh River and empties into Mallacoota Inlet, where 4000 people spent a night on the beach while the town of Mallacoota burned. 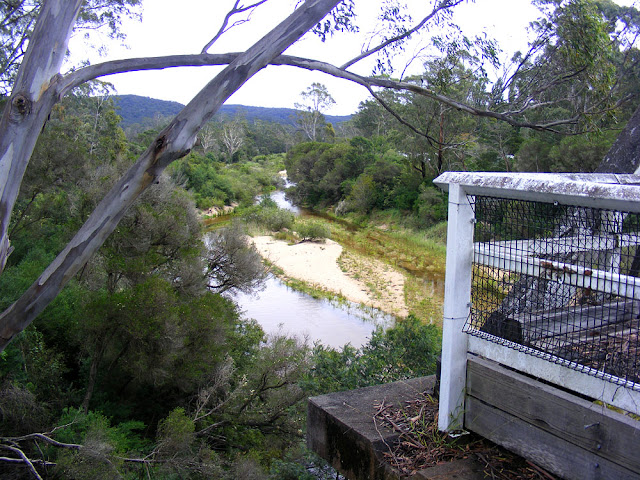 As of Thursday, the tiny township of Genoa itself was inaccessible -- nobody could get in or out. The historic bridge we were standing on to take this photo was destroyed by fire on New Years Eve. It was a real landmark in this area and many people have fond memories of it. I don't know if the nearby pub survived.


Lakes Entrance, a small seaside town which was cut off by a bushfire (and where my parents spent their honeymoon 60 years ago). 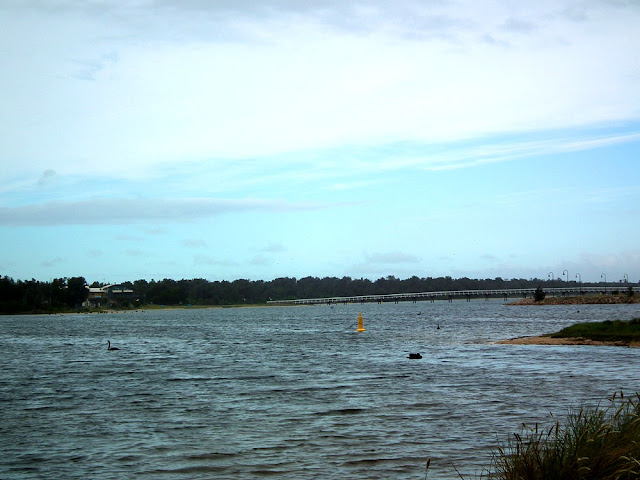 A view of Merimbula from the veranda of some friends.
Standing here today you would probably be able to see a burning bushfire. 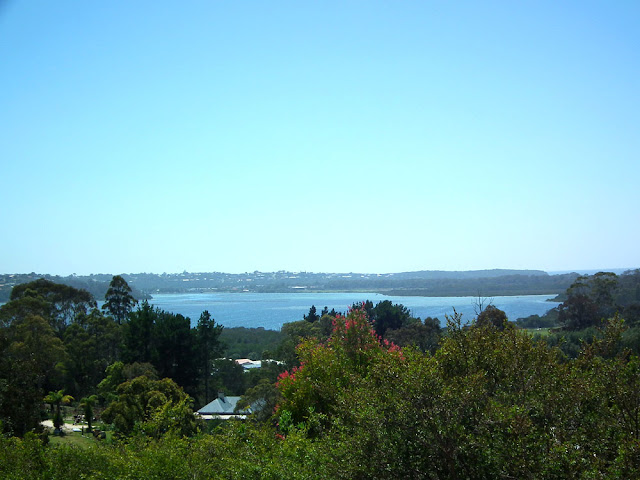 The road between Canberra and the coast. Many places along this axis have burned, but this is also the route taken by many of the evacuees. Lines of backed up traffic reached 30 kilometres long. 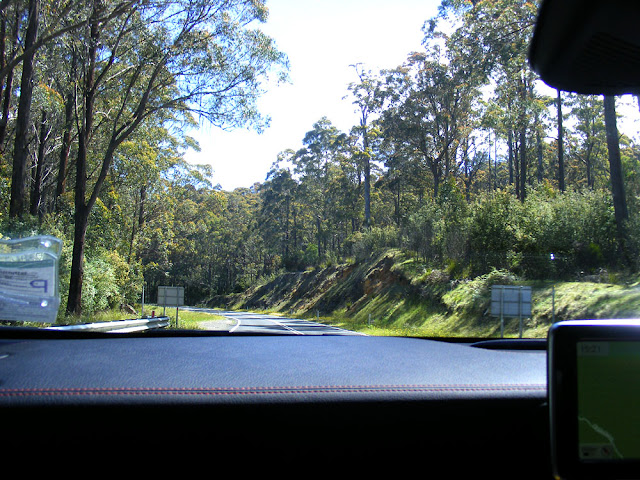 I'm pleased to see that the small town of Nowa Nowa, and especially The Big Root, who do great breakfasts, survived. It was a close call though. 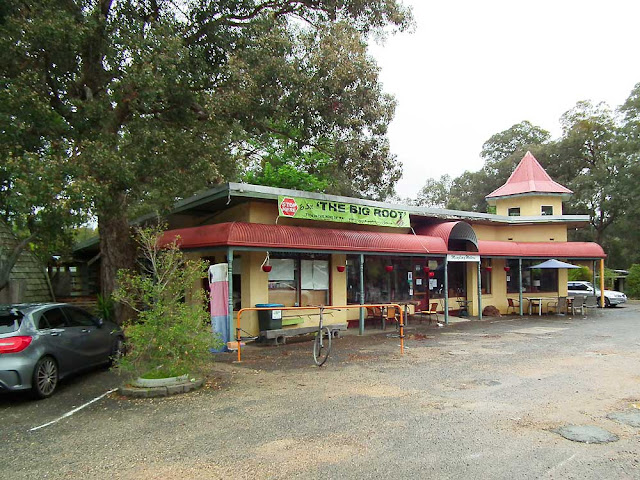 Before and after shots.


One thing that is worth noting about these fires though. Although far more people have been directly affected, and the fires have burned for longer and over a bigger area than ever before, and have been very hot burning fires of the sort that cause the most environmental damage, fewer people have died than in past fire seasons. In 1969, the year my family lost several homes, 23 people died, mostly trapped on the highway between Geelong and Melbourne in their cars. In the 1984 fires which for years held the record as the worst ever for every marker, 75 people died. So far, 18 people are confirmed dead since July 2019. I believe this is all due to concerted efforts by the fire brigade to educate people on how to behave and survive. What will be one of the legacies of these fires is lung conditions I suspect. Anyway, always listen to your fire officers!

Saying that these continuing brush fires are a human and ecological catastrophe is probably the understatement of the year!

The fires are so horrible this year.... and the job done by the firefighters is so amazing.

Apocalyptic is not an exaggeration.

The fires this year are beyond comprehension, and I cannot imagine how horrifying it would be to have to deal with them up close.

I was hoping you and Simon's families were safe. I can only hope for the rains to start soon.

Our families are safe. My sister and Simon's brother and their spouses are having the most uncomfortable time of it, with the odour of smoke everywhere, even inside, stinging eyes, a lot of people wearing masks outdoors. Some friends have been evacuated.