Burg Gutenberg, in the town of Balzers in Liechtenstein, is one of only two surviving castles in the principality. These days it is a museum open to the public, rather than a princely private residence. It sits on a hill in the middle of town. 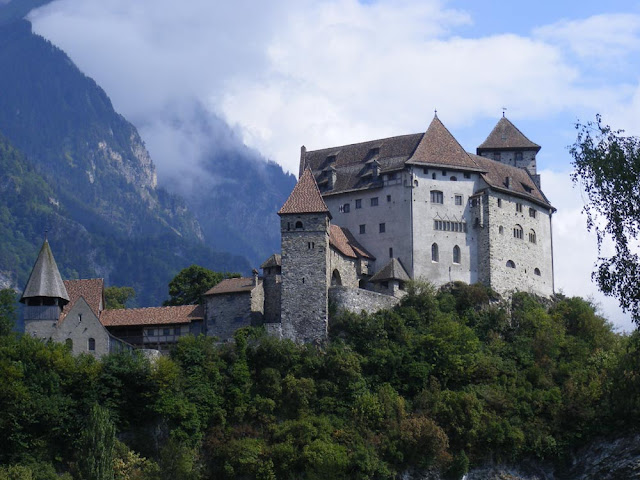 The hill has been occupied since prehistoric times, but the castle only appeared in the 13th century. The castle itself began life as a church with a cemetery, but over time the church became fortified and the cemetery disappeared. By the 14th century it was in the hands of the Habsburgs and used to guard their territory against the nearby Swiss independent cantons.

Maximilian I gave it an overhaul after the Swabian War in 1499, but by the middle of the 17th century it was just a princely residence with no military function. It suffered a number of fires and building materials were salvaged by the townsfolk and used throughout the town. Finally, in the 19th century it was purchased by Princess Franziska von Liechtenstein. 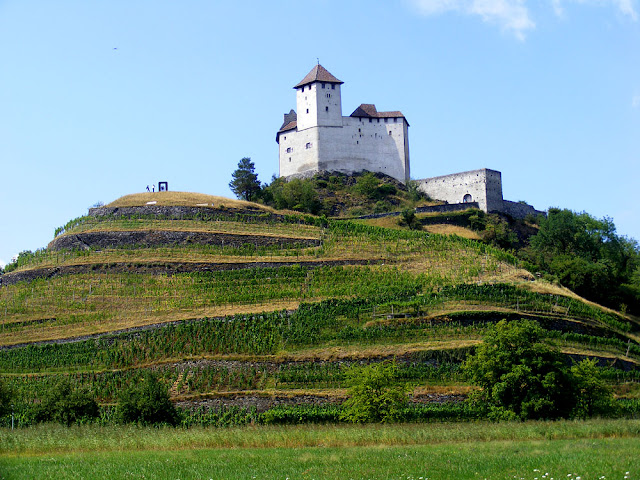 Early in the 20th century it was acquired by a well regarded local architect who restored and enhanced the complex. After his death the town used the castle as an events venue and eventually as a museum.

Sadly, the only time we have been in Lichtenstein was when we took a wrong turn on the way to Switzerland. We plan on going back some day..... Love place.

Yes, it would be easy to end up there by accident.