What's in the Water? 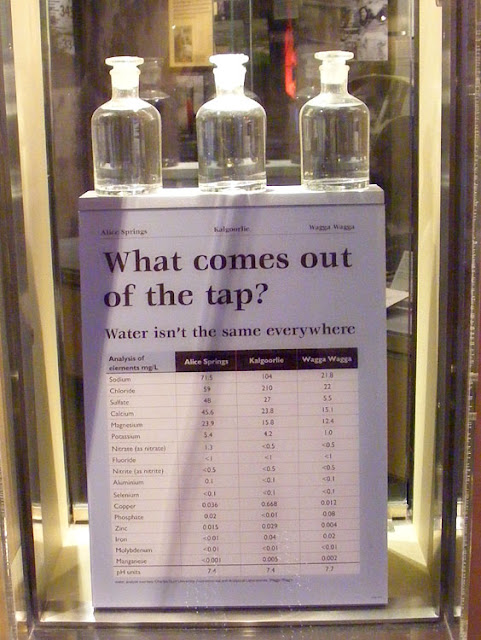 Australia is a big country. Alice Springs, in the centre of the country, is 1901 kilometres from Kalgoorlie in the west and 2316 kilometres from Wagga Wagga in the east, so it stands to reason that the water is different in all those places.

Wagga Wagga is the largest inland city in New South Wales, home to a big military base and a transport hub. Sited on a large river it is the centre of an agricultural area.

Alice Springs, frequently referred to as The Alice, is named after the wife of the pioneering head of the telegraph department in the 19th century. It is geographically positioned in the middle of the country, in the desert, and is the third largest town in the Northern Territory.

Kalgoorlie is officially Kalgoorlie-Boulder, as today it is two conjoined towns, but nobody refers to it as anything other than Kalgoorlie. It is in the goldfields of Western Australia.

I've been to Wagga Wagga and Alice Springs, but never made it over to Kalgoorlie.