The latest survey of French wild flowers and update of the UICN Red List reveals 4982 species, of which 742 are threatened in some way. That's 15% of French native plants are at some risk of disappearing. The work to produce this latest list and report took three years and is a synthesis of 30 million individual records, overseen by 40 specialist botanists. The list will feed in to policy decisions about the preservation of biodiversity in France. In addition to the species known to be threatened, there are an additional 373 species (7%) about which too little is known to evaluate how endangered they might be. Almost certainly some of these species should be on the Red List, if only we knew more. 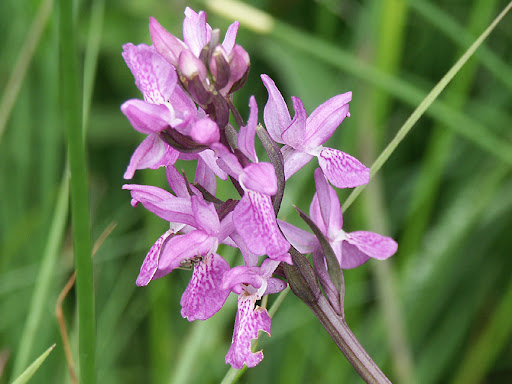 
The three biggest pressures on the wild flora is the modification to natural habitats, urban growth and changing agricultural practices (both the intensification at one end of the spectrum and the abandonment of certain ways of farming at the other).


More specifically, the disappearance of wetlands, their drainage and drying out for agriculture or new urban construction directly threatens some species. The 'artificialisation' (that's a word in French -- not sure about English...) of the banks of watercourses and their canalisation puts other species in peril. The progressive abandonment of pastoralism and grazing, and the use of herbicides in intensive cropping threaten other sets of species. 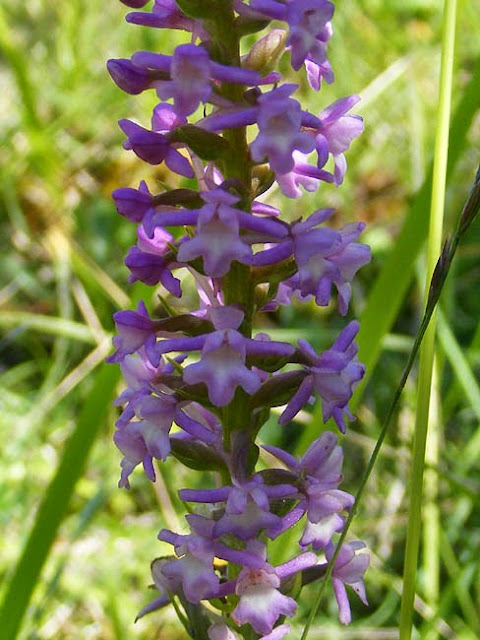 
And then there's climate change, usually affecting plants with already reduced populations or limited distribution, often alpine. The effects of climate change are still poorly understood and tend to be localised. More studies are in progress so better predictions about outcomes can be made. 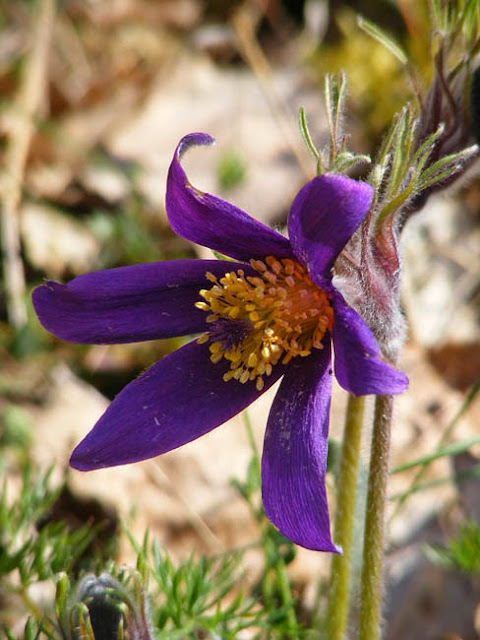 Pasqueflower Pulsatilla vulgaris (Fr. Anémone pulsatille),
at risk because of the encroachment of scrub on abandoned grazing land.


Seed banks are being established and rare plants being cultivated. The public is being educated and national action plans being put in place.


Why does the disappearance of a few plants that no one except the experts are interested in matter? Plants are at the heart of our ecosystems, and serve to feed us, clothe us, shelter us and provide medications. Their diversity is key to our economy, food, health and well-being. You never know when the disappearance of a little known plant will lead to the unexpected decline in other better known species, or if that plant might have provided some valuable medicinal ingredient, for example. And there is the intrinsic value of nature and species to be considered too. Beauty, landscapes, scientific endeavour and artistic responses all matter in the wider scheme of things and we are poorer beings without them.

By coincidence, an Australian report on the same subject has just been released. Except for the comments about invasive aliens in Australia, the two reports could be one and the same.

Email ThisBlogThis!Share to TwitterShare to FacebookShare to Pinterest
Labels: Chaumussay, nature and wildlife, orchids, the Brenne

"Except for the comments about invasive aliens in Australia, the two reports could be one and the same."..... and there's the rub!
The same problem...the same reasons... but think about Jussie.... an invasive alien here, forcing out/choking out existing species!!
No mention of alien species problems in the French report?
Surely it is a factor.... isn't it??

Yes, I was surprised there was no mention at all of invasive aliens in the French report. Maybe in the scheme of things not as important as in Australia.

It is with great sadness that I read this great post. It shows how intricate nature is, and the demise of only one plant can have untold and surprising effects on others. Thank you for this, Susan.

It's a very complex matrix and we are only scratching the surface of what there is to know about how it all works.

That was entered as a reply to your response to what I wrote... but Sblgger ballsed it up ..... again!

Do you mean because it's generally so non-native cosmos heavy, but in the wider scheme of things that's not a problem?

I call it the Joni Mitchell Principle:

"You don't know what you've got till it's gone"

There was a long story in the Guardian about the catastrophic decline in insect populations, all part of the same picture.

Yes, the Law of Unintended Consequences.

The Guardian has published two or three articles about the recent studies from Germany and Costa Rica sounding the alarm about insect declines.