I first spotted this tower in the middle distance as we drove through Grono, so after lunch we went in search of it. For such a tall prominent structure it proved to be surprisingly difficult to find and we drove round in circles for a while. And it's not like Grono is very big! 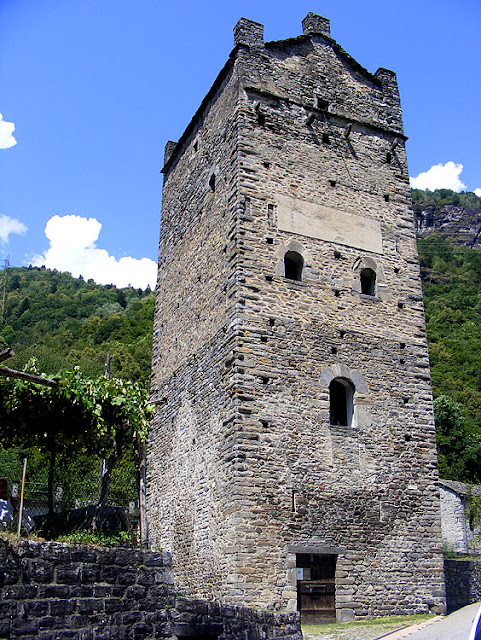 The first mention of the Torre Fiorenzana is in 1286. By 1314 it was owned and inhabited by the powerful von Sax family. According to local tradition, Albert von Sax, the Lord at the time, was murdered there in 1409. Today it remains privately owned by a local family and was restored in 1978. It is currently used as an exhibition space. 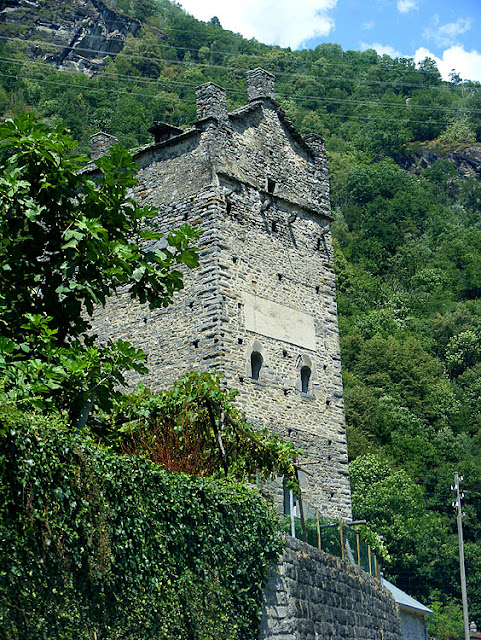 The square tower is five storeys high, with crow-stepped gables which were added by the von Sax family in the 14th century. The original entry is the doorway high up on the third floor. The plaque above it displayed the arms of the Three Leagues in the 16th century.
Posted by Susan at 09:00

Email ThisBlogThis!Share to TwitterShare to FacebookShare to Pinterest
Labels: Switzerland