Tours sits on an alluvial plain between two large rivers -- the Loire to the north, and the Cher to the south. In the 19th century the city started to expand beyond the higher ground that never flooded. The local inhabitants were of course used to floods, but now they had more devastating consequences. 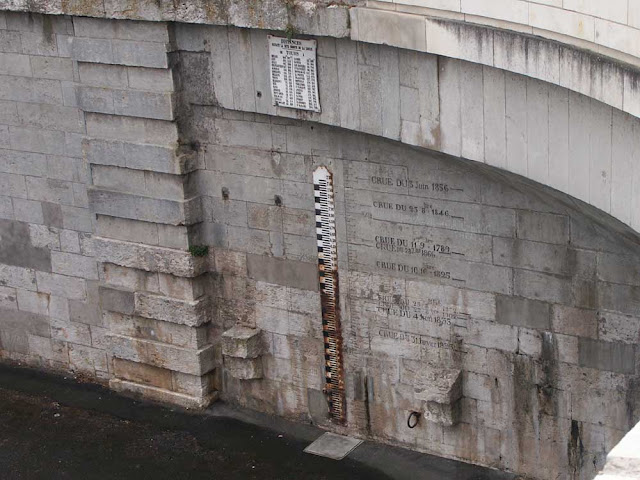 The floods which came every decade in 1846, 1856 and 1866 were particularly etched into people's memories, particularly the flood of 1856, which could truly be called the 'flood of the century'.


During this flood, for several weeks the cemetery of Saint Jean des Coups was inundated (where the current Parc Mirebeau is). The water saturated the soil, then started to move the bodies and bring them to the surface. The horror of the situation meant that the municipality had to close two ancient cemeteries that were still in use in the centre of town up until that point. A new cemetery on a piece of isolated high ground called La Salle was opened.

The French do handle the water from river flooding quite well in my opinion. Chinon on the Vienne is a good example.

Do you mean in terms of being accepting of having their property flood periodically, or in terms of public engineering infrastructure to mitigate flood damage?

In the case of river flooding management, part of a proud tradition of military engineering.