Jehan Tyrel de Poix was given the property that would become the Chateau de Forges in 1442 by Charles VII. Today the castle is again owned by the Tyrel de Poix family and offers accommodation. [Link] 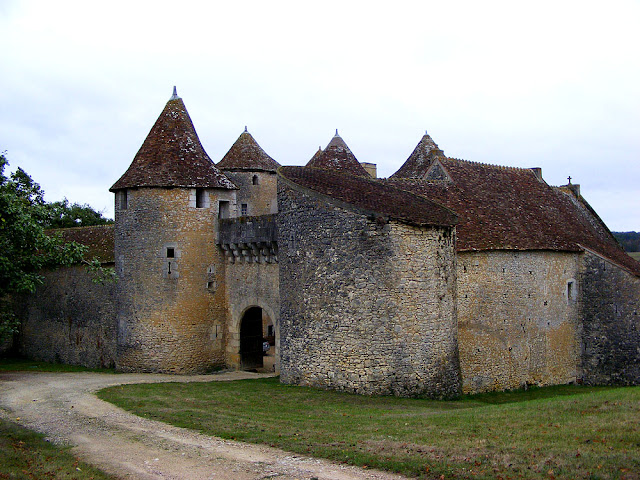 A manor house was constructed in the early 14th century on an outcrop overlooking the Anglin River. It became a castle when Jehan Tyrel de Poix was given permission to fortify it and it retains a very homogenous appearance although there is some later 17th century construction. It and the other castles from this period along the Anglin Valley were built to protect southern Berry from the English. There is a square keep with round corner towers, surrounded by a massive enclosure wall, also with round towers that contain many arrow slots, murder holes and other defensive features. Also in the complex is a chapel, stables, cellars, dovecote and guard house. 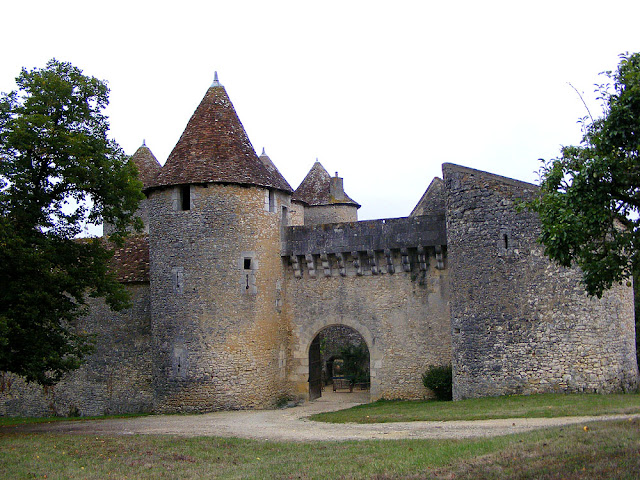 In 1715 the descendants of the Tyrel de Poix family sold the castle and soon after it became the property of the Regent Philippe of Orléans' mistress Marie-Madeleine de la Vieuville. Described in French Wikipedia as 'belle et sulphureuse', she was financially ruined due to her lavish lifestyle, and by 1738 the castle had been acquired by Claude Dupin, one of Louis XV's stupendously wealthy tax farmers (more famous for being one of the owners of Chenonceau and being the great-grandfather of George Sand aka Aurore Dupin). He held other lands and castles around Le Blanc, in close proximity to Forges. After his family sold it, the castle finally returned to the Tyrel de Poix family, with the current owner's grandmother. 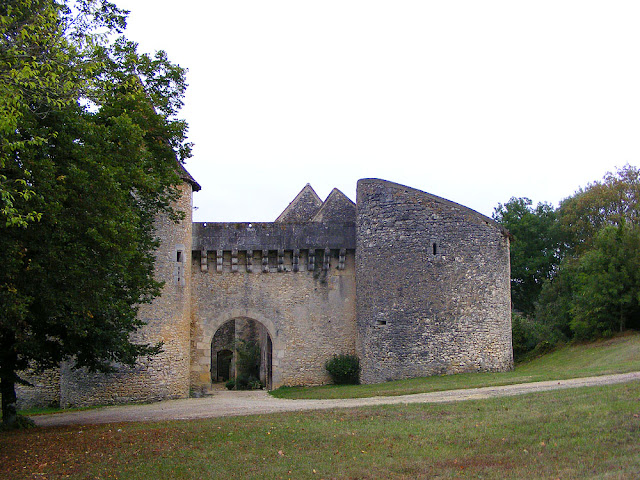 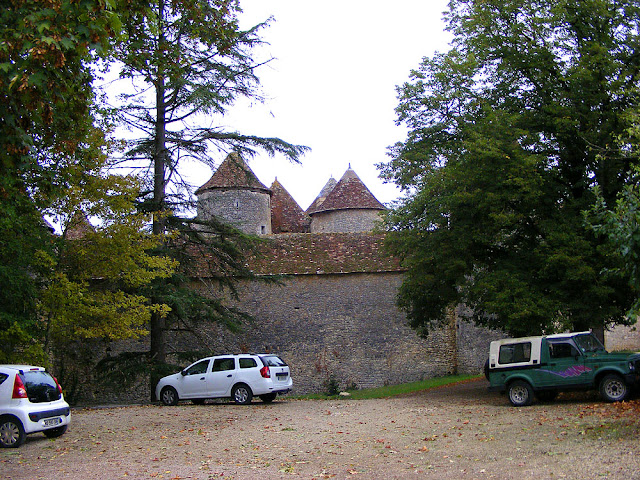 The view immediately above is our first view of the castle, coming in to Concremiers, which is where we crossed the river to get over to the castle.

I googled this chateau to see images (aerial); very interesting. It seems the Poix are originaly from Picardy.

That resembles the beehive huts on the south-western coast of Ireland. Very interesting!

Yes, I thought it looked like shelters in other areas of France too, used by shepherds rather than vine workers.