A Flower With Meaning

Do you know what one of the earliest trees to flower in the spring is in France? It's wattle! Can you imagine the blast of sunshine yellow it gives in the grey days of February and March! Most of the native European trees even have leaves at that point. The early blossom, like some Prunus, is out, but really nothing else. We are all still looking at the ground, for the early bulbs, the Algerian Iris still plugging along as they have done all winter, and the Hellebores.


Silver Wattle in a garden in Barrou, photographed 20 February 2020. 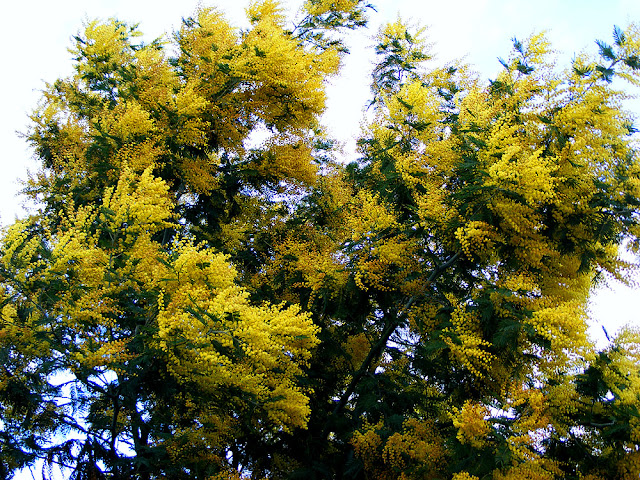 Silver Wattle Acacia dealbata, a native of Australia, is widely planted in gardens in France, and is a seasonal favourite with florists. They sell tonnes of the stuff. And in France, the plant is known by its international floristry name of mimosa. In other countries in Europe, such as Italy and Russia, wattle is even more included in the local culture, as it has become the floral symbol of International Women's Day, and is widely given by men to women on 8 March when this festival is celebrated.


Wattle is a really ancient plant, at least 23 million years old and predating Australia's separation from Antarctica. They have hard seeds which can survive and germinate after bushfires, and are frost tolerant to -5 celcius. Each of their fluffy spherical pollen rich flowers are actually a group of dozens of tiny individual flowers. Surprisingly, the genus Acacia has been discovered to belong to the pea family Fabaceae. Nevertheless they are not all that closely related to the plant known as Acacia in France, which is also in Fabaceae, and should more properly be called Robinia pseudoacacia. 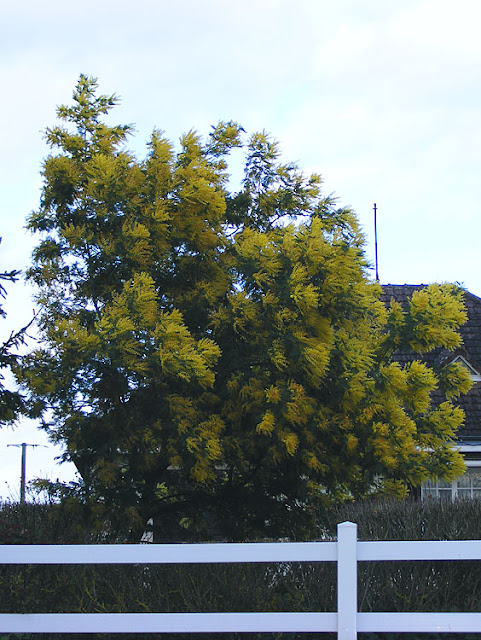 Silver Wattle was first introduced to France in 1864 and planted in a garden in Cannes la Bocca. Soon after, demand from the wealthy winter residents of Cannes meant that hundreds of plants were imported and planted in the area. In 1880 Antibes and Cannes planted Silver Wattle as boulevard trees. By 1930 there was extensive cultivation of Silver Wattle in the Alpes-Maritime, at first for the perfume trade, but from the Second World War most growers concentrated on the floristry trade. Since the 1980s the area of cultivation has halved from its peak of 800 hectares.

Wattle Day in Australia is 1 September, the first day of the Australian spring. Golden Wattle A. pycnantha is Australia's floral emblem.