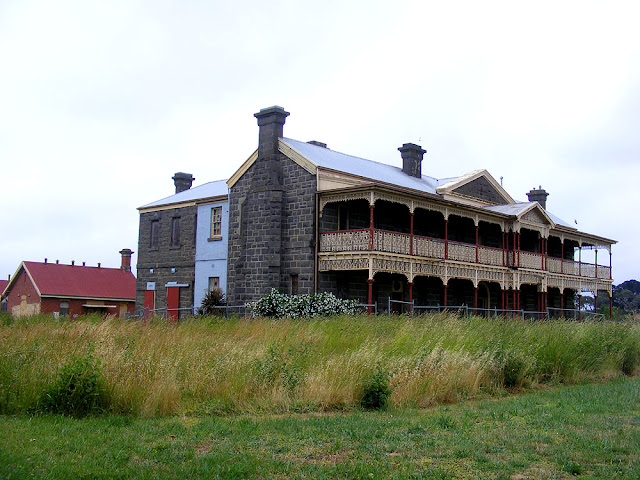 The old hospital at Kyneton in Victoria, Australia, closed in 2005. Very quickly the building and the grounds deteriorated. It's since been through several owners and development plans that never got off the ground. But in its day, this was a large modern hospital, and very early in terms of its 1850s date of construction. It is built of the local basalt stone, known as bluestone, and brick, which would also have been locally manufactured. It is sad to see such a grand building having lost its purpose. 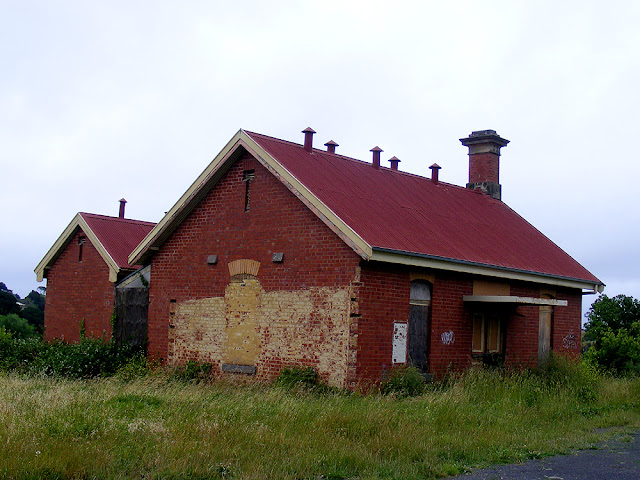 The building is a listed monument, which has given it some protection, and a couple of years ago (after these photos were taken) the then owners were ordered by the State to undertake some simple repairs. The current plan is apparently to build a co-located aged and child care facility in the extensive grounds, whilst restoring the old hospital buildings as faithfully as possible. 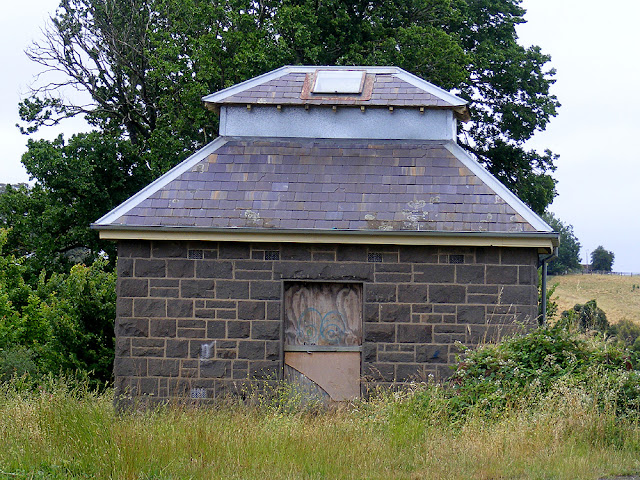 The original main block was Georgian in style, symmetrical, with two wings. The cast iron verandah is a later addition, from 1910. This is the earliest intact example of a country hospital in Victoria, designed specifically as a hospital and operating as such for 90 years until a new building was constructed in 1942.  The emergency ward, or infectious diseases ward as it is sometimes known, is important because it retains all original features and clearly demonstrates the health regulations for 1894 when it was built.

The back of the hospital.