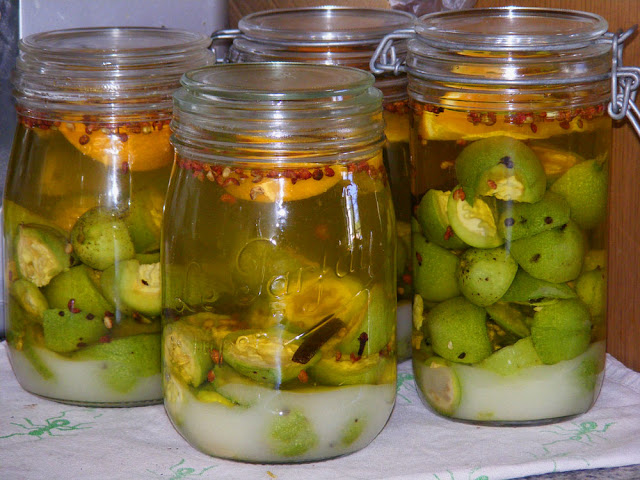 It's time to start thinking about making walnut liqueur again. Traditionally it is started on the Feast of Saint John the Baptist, which is 24 June. The walnuts need to be green, before any woody shell has developed. Then they are chopped into several pieces and put in the bottom of preserving jars. Add sugar and spices such as vanilla pods, cinnamon sticks, cardamon pods, Szechuan peppercorns and star anise. Other flavour elements such as lemon or orange rind can be included. The jars are topped up with eau de vie, white or red wine and/or vermouth, and the lids  closed but not sealed. Over the next few months the brew will slowly change colour as the tannins from the walnuts migrate into the liquid, some of them transforming into flavour compounds in the same way that red wine matures. The liqueur is supposed to be ready for Christmas but I find that usually it is not yet quite matured enough and is best filtered and bottled at the end of November but left in the cellar for another six months to a year before drinking. 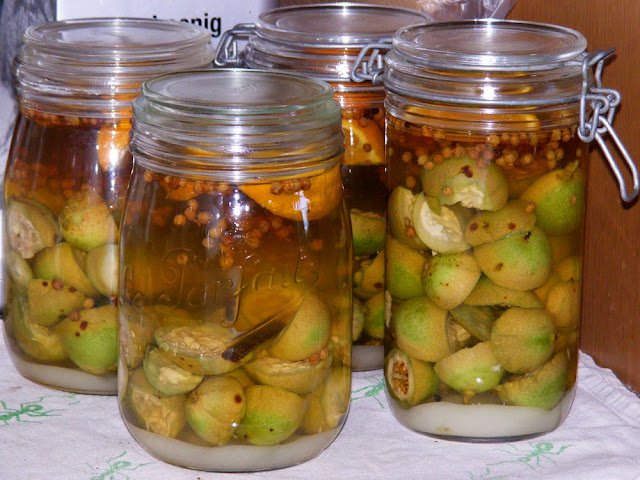 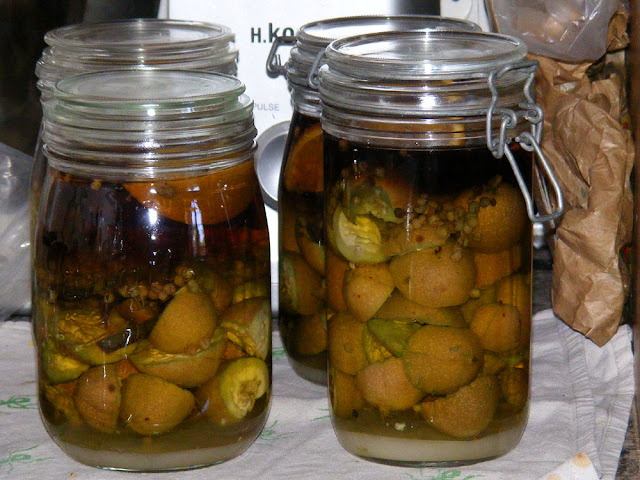 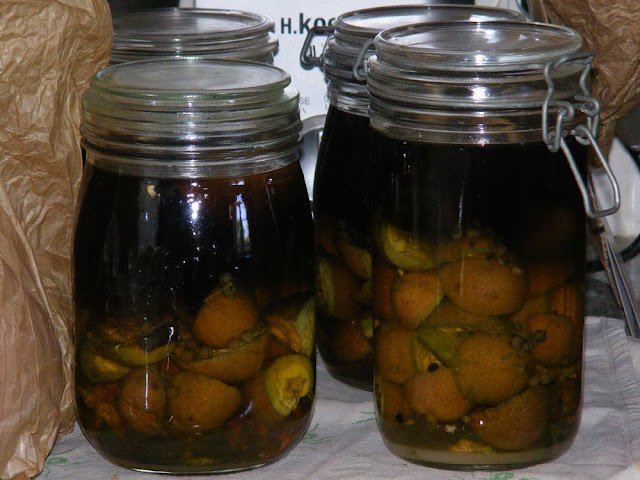 Day one hundred and sixty-three. 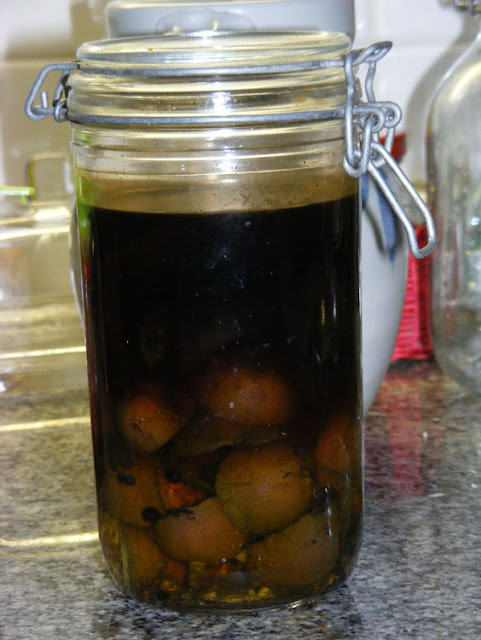 Filtered and bottled in December, ready to give away. 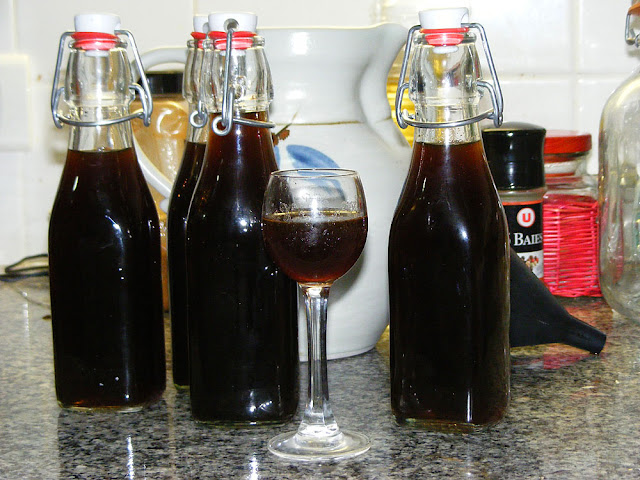 I've written about making walnut liqueur, or liqueur de noix as it is known in French, before. See Walnut Witches Brew.

We only have masses of hazel nuts so thanks for the idea. Just looked up hazel nut liqueur 😉 Hope all is well Diane

Ooooh! Never thought of making hazel nut liqueur, but I bet you could use the same system -- too late now I suppose as they'll all have woody shells. Might have to put that in the calendar for next year.

We have a bowl full steeping for pickling at the moment.