Buried in the Forest

On Tuesday 18 June Simon and I, Gaynor and Tim, and Bob did a 7.5 kilometre walk in the Forest of Preuilly. The highlight was going to see the Resistance encampment, with its graves and remains of their mobile kitchen, deep in the forest. We already knew the graves at Péchoire, but none of us except Simon had ever been to the other site connected with the World War II skirmish of 23 July 1944. 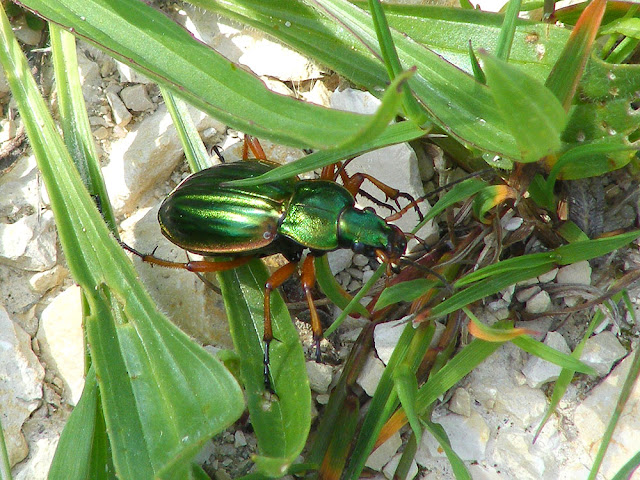 Goldsmith beetle Carabus auratus (Fr. le Jardinière) on one of the forestry tracks. It sat like this for at least a minute -- amazing for a beetle that hitherto I only have blurry photos of one disappearing.

The day of the walk started of cool, but after lunch the humidity and heat soared. Later, in the middle of the night we had a very energetic summer storm. All of us picked up quite a few minute ticks from the long grass on the unmown forest rides (the record was Tim, with 16!), and horse fly season has started, so no more walks in the forest are advisable for a couple of months. 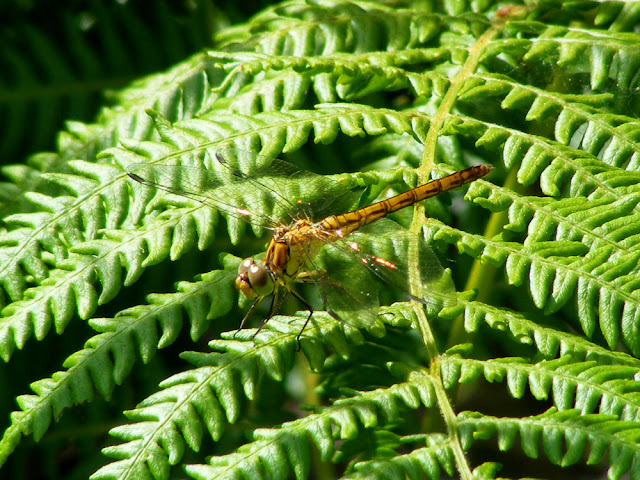 The graves of three of the eight Resistance fighters killed in the forest by the Germans on 24 July 1944. Arrested at the nearby Chateau de Bossée they were brought here to their encampment in the forest, tortured and finally shot. They are buried more or less where they fell.

Photograph of Sergeant Gaston Goblet on the cross marking his grave. 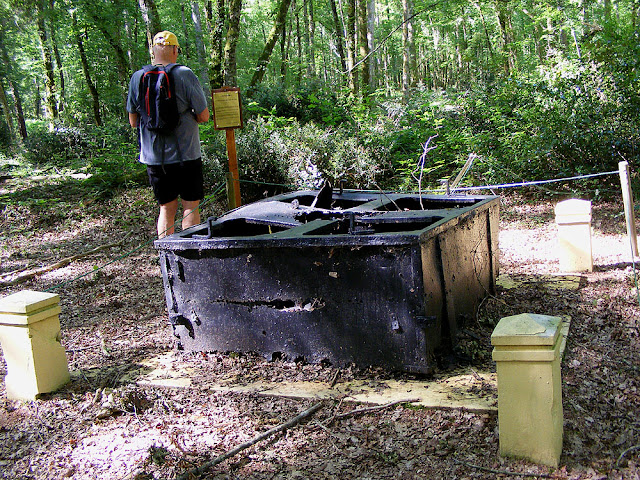 The remains of a mobile military cantine at the Resistance encampment site. Meals for the maquis troupes Carol and Epernon were prepared on it and it marked the central bivouac for both groups. The Germans used explosives to render it useless, and the wheels and stockpots were later stolen. 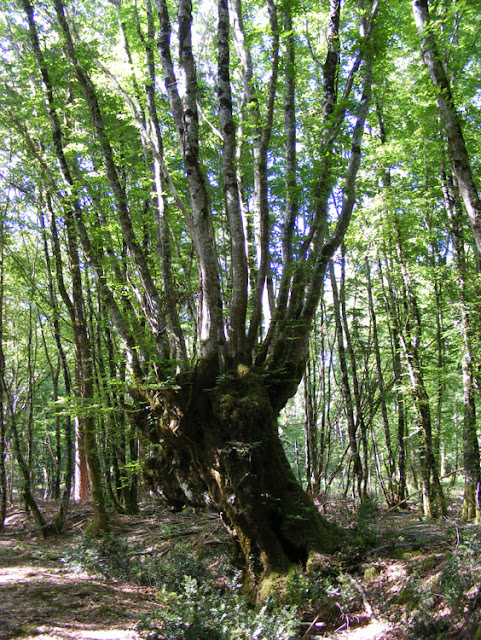 One of a number of old pollarded Hornbeam trees in the area of the Resistance encampment. 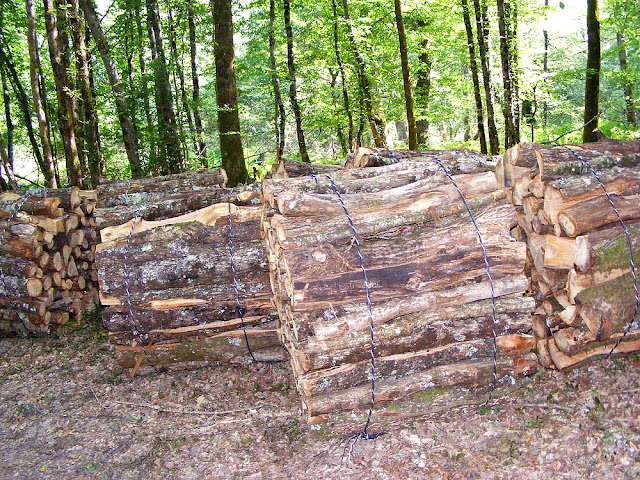