This year's big archaeology project in Loches has been the search for the grave of Ludovico Sforza, Duke of Milan, known as Il Moro, and Leonardo da Vinci's great patron. In 2009 geophys of the floor in the church of Saint Ours on the Royal Citadel indicated a cavity, and that has been followed up this year by lifting flagstones and digging down through 800 years of burials. The Regional Department for Cultural Affairs (DRAC) have authorised the dig and the Département d'Indre et Loire has stumped up €30 000 to achieve the work, which took place over four weeks in April-May. 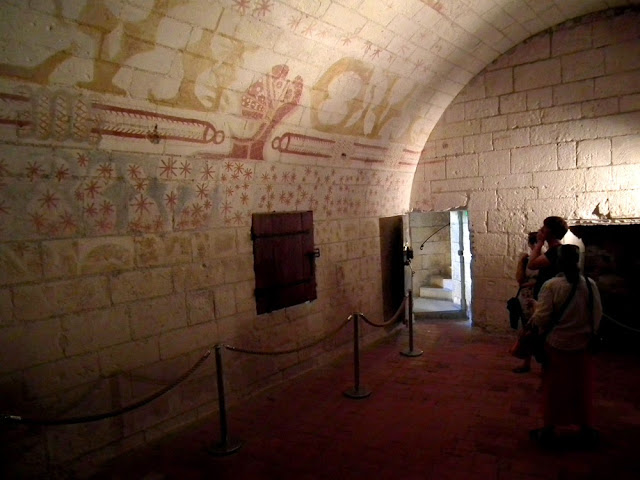 Ludovico Sforza's semi-underground windowless cell in the Martelet Tower, Loches.
He occupied himself by decorating the walls, having been taught the techique by Leonardo.


Ludovico Sforza died in 1508, having been a captive of Louis XII for the previous eight years. Leonardo had left his service in 1499, but did not come to France at that time, and only arrived to live in Amboise after Ludovico's death. Despite his high status, Ludovico's actual resting place has been a mystery, that this dig hopes to solve. The focus has been on the Church of Saint Ours as that was considered the most likely location and there was some written evidence.

Ludovico Sforza depicted on a painted chest in the Castello Sforzesco, Milan.


Ludovico and Leonardo were born the same year, 1452. Leonardo would go on to achieve superstardom throughout the centuries, but for all that, many people are unaware that he is buried in Amboise in the Loire Valley. Ludovico, although a great Renaissance prince, the man who commissioned The Last Supper, one of Leonardo's most famous works, is a much less known historical character for the general public, and his last years as a prisoner in Loches only known to those who visit the Donjon here, or have a particular interest in the man. 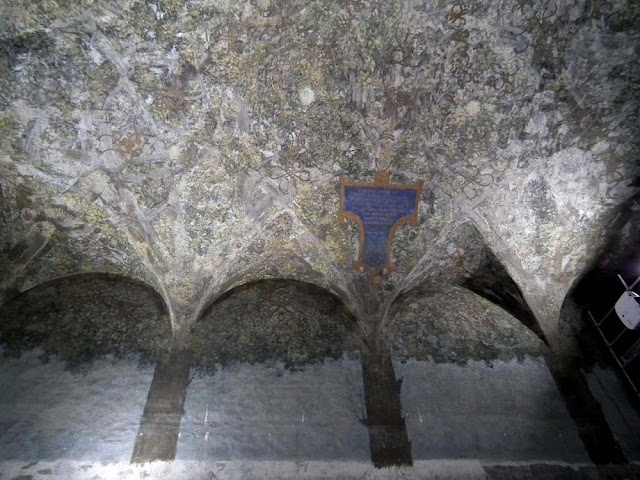 The vaulted ceiling of la Sala delle Asse (the wainscotted room) in the Castello Sforzesco in Milan, painted by Leonardo da Vinci for Ludovico Sforza, Duke of Milan.


How Ludovico died is also a mystery. Legend has it that he died from the shock of being released into the sunlight after years of being kept in a windowless cell. Others believe he succumbed to an illness or that he was assassinated. Given the period, it is also possible that he was simply allowed to starve to death once no longer useful. 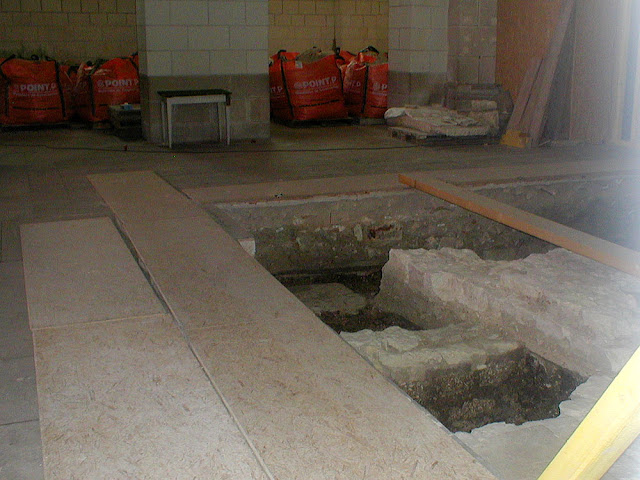 The archaeological dig in the church of Saint Ours.


The archaeological dig of 30 metres square in the middle of the church was also looking for evidence of 10th century foundations for the mainly 11th and 12th century building, and for evidence that it stands on the site of a much older church, from the 5th century, as certain records indicate, making it one of the earliest churches in France.

Another view of the archaeology.

Because of the number of burials under the church it is proving very difficult to determine who is who. The archaeologists are looking for a man around sixty years old who died at the beginning of the 16th century. Forensic tests on isotopes in his teeth could prove where he grew up, and DNA matches with known relatives such as his nephew buried at the Abbey of Marmoutier would also establish his identity.


The dig finished on 25 May, and now there will be a wait while the laboratory tests on likely bones are done. If Ludovico Sforza is positively identified there will then be a question of what to do with his remains. The town of Loches will be responsible for them, and it has been suggested that they will ask the town of Pavia if they would like them, to be installed in the grand Italian tomb that Ludovico had constructed for himself but never got to use.