Recently we visited the fish ladder in the Creuse at Gatineau, near La Roche Posay. 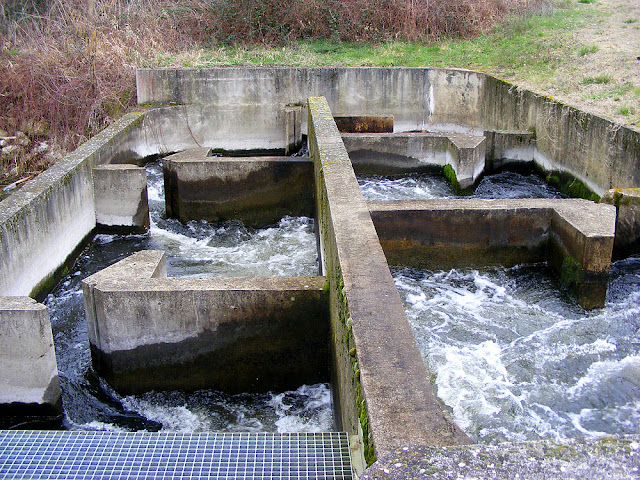 The fish ladder, on the Indre et Loire side of the River Creuse.


It was constructed in the autumn of 2010. The Office Nationale de l'eau et des milieux aquatiques (ONEMA), having carried out a check on the weir, required the owner to install a fish ladder for migrating Atlantic salmon, lamprey, shad, sea trout and eel, and to allow the natural movement of sediment. From its source in the Massif Central, the Creuse runs nearly 300 km to its confluence with the Vienne. The lower section, up to the impassable hydro-electric complex at Eguzon, is potentially accessible to migratory fish. However, this 124 km stretch of river has 31 weirs or dams along its route - one every 4 km on average - that slow or block the flow of migrants. 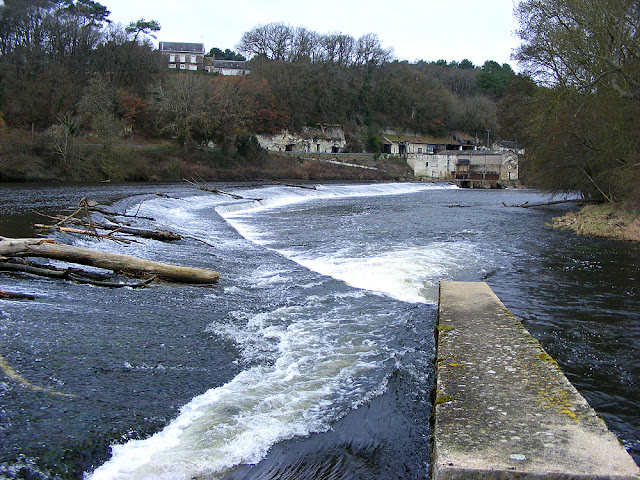 The owner of the abandoned industrial complex on the other side of the river, who is also responsible for the weir, was advised in February 2010 that the work must be completed within 8 months. He still runs one of the hydro-electric turbines on the site under the business name Lumhydro. To force his hand, failure to comply with the obligation to construct the fish ladder would have resulted in the termination of his contract with EDF (Electricité de France) who buy the power the plant generates. He was also threatened with a 100 euros a day fine after the deadline until the work was finished, to help ensure the work was done and finished. The owner was obliged to comply with the ONEMA regulations by law, but was given a grant in order to achieve the work, as he was able to demonstrate his proposed improvements were suitable. The site is one of two top priorities on the Creuse to bring the river management up to modern environmental standards. 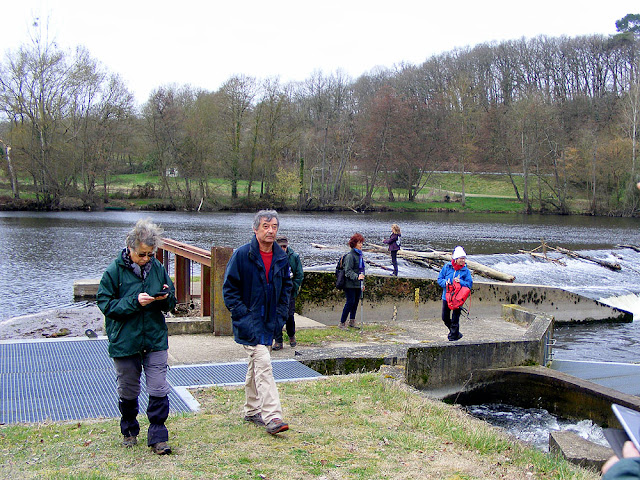 Fabrice, Edith, Marie-Hélène and a couple of people I don't know checking out the fish ladder.

In French fish ladders are called passes à poissons and this one was constructed by the specialist hydro-engineering company Verchéenne. Fish ladders vary in style depending on the target species and their capabilities (some fish are stronger swimmers or leapers than others and this has to be taken into account).