The roof from inside

We received the final bill for the roof yesterday.

This means that all work has now finished, and we have (hopefully) a fully functioning, rain excluding, roof with gutters and downpipes.

To celebrate, a photo taken from inside the granary while the slates were off. 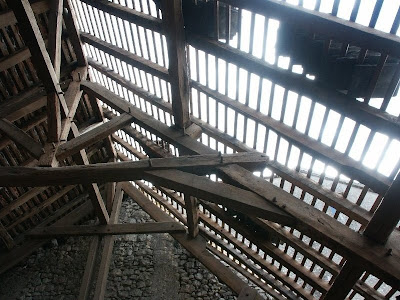 In France you do not get quotes for work to be done, you get a devis (pron. devvi) which is a very detailed estimate of costs. Once the devis is signed it is a contract. For large jobs it is customary for one third of the devis to be paid when work commences, one third half way through the job, and the balance on completion. As it is an estimate rather than a quote, the final bill has the potential to be a bit of a fright. Our bill came in under estimate - so we pay less than expected. This is a good thing.

Email ThisBlogThis!Share to TwitterShare to FacebookShare to Pinterest
Labels: Roofing