The Hotel de Rallière is an unfinished chateau dating from the 17th century. It was built for Samuel Gaudon, a native of Preuilly, who made a fortune from farming and needed a new home to reflect his rise in status. He was imprisoned in the Bastille for his religious beliefs (he was Protestant) in January 1649, which bought the building program to a rapid end. 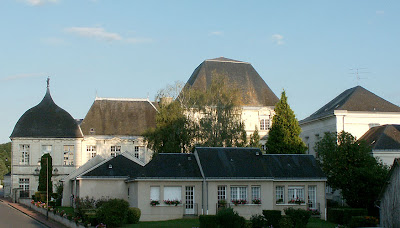