Suckers in the Street

Our water supplier is replacing old lead pipes with modern plastic ones. As a result our street has been half dug up and barricaded off around each household's town water junction. The work was supposed to take a month, according to the note we got in our letterbox, but has now gone over that. 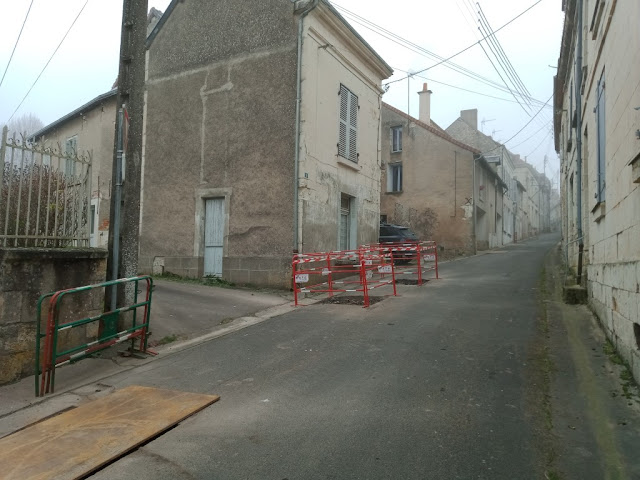 At first the workmen went up the street and sawed through the bitument around everyone's junction. That created a lot of noise and dust (the car was covered). The resulting gravelly rectangles were surrounded with red barricades. Then they discovered that the garbage truck couldn't get down the street, so some of the rectangles were sort of filled in and the barricades moved a bit. 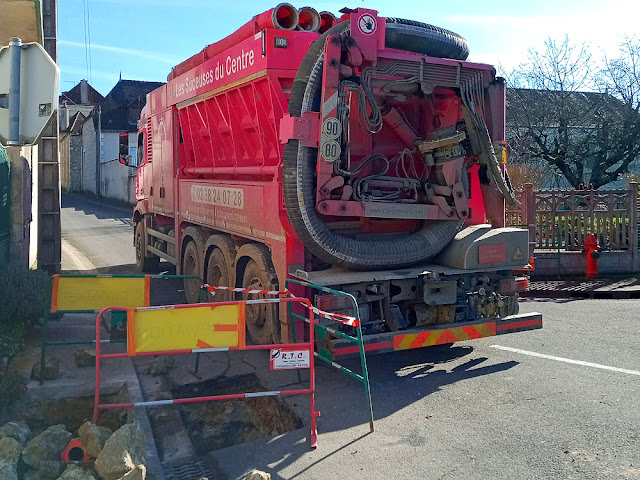 A couple of days ago a candy pink truck turned up and blocked the end of the street. Emblazoned across the front was the name Katarina and a phone number. Along the side it said Les Suceuses du Centre ('Suckers of Centre Region'). On the back of the truck was a huge flexible hose, which was deployed down one of the nascent holes and proceeded to suck up all the earth and clay to expose the water and sewage pipes. It couldn't cope with some of the larger rocks, so they were hauled out and put to one side. 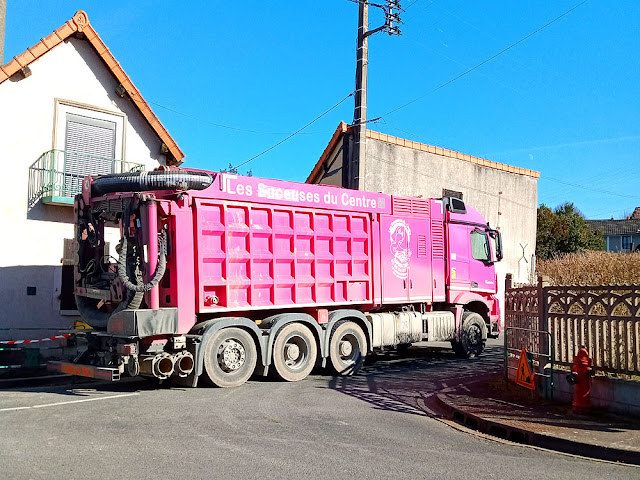 And that's about where we are at for the moment. The water has been off a couple of times, but luckily we've been out both days. I guess it will eventually be done and the street reinstated. 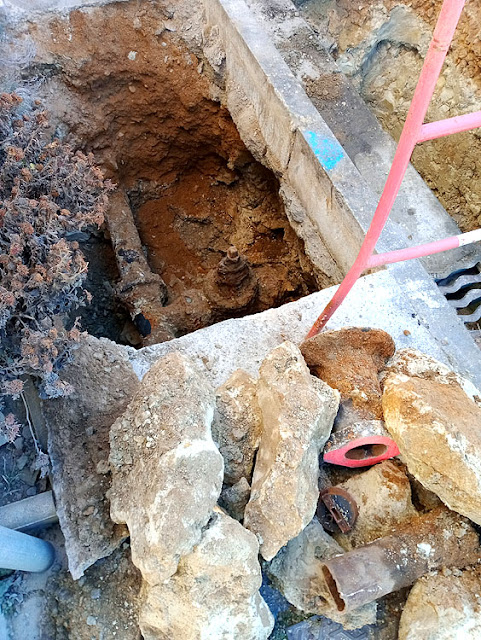 Hello
Do you have more history details about the water network of the village?
I find this very strange that we still had lead pipe for drinkable water.
Thanks for your writing

fgh: I think a surprising number of places still have lead pipes. But they are probably so encrusted with minerals that no lead is leaching out :-) There has been a big rolling programme in the Sud Touraine Lochoise to overhaul the town water delivery networks, so Preuilly is just the current town on the project. For more information I suggest you ask the town hall, Veolia or the ComCom.