Broom is a common enough plant in most parts of the world, and is considered an invasive species in the USA, Australia and New Zealand.

It is particularly of note historically in this part of France because Geoffey V Count of Anjou adopted it as his emblem, then passed the name of the plant on to his descendents. The old French/Latin name for broom is planta genista, so when his eldest son became Henry II of England it was the start of the the Plantagenet line of English kings.

This year seems to be a particularly good year for broom. I don't remember seeing it quite as bright or widespread as we saw it last Thursday. 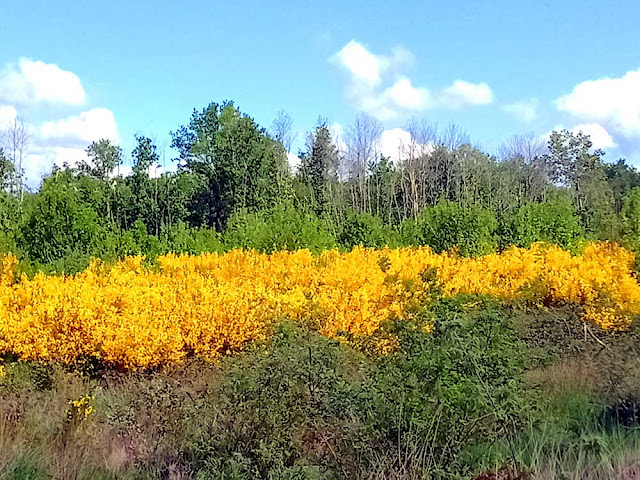 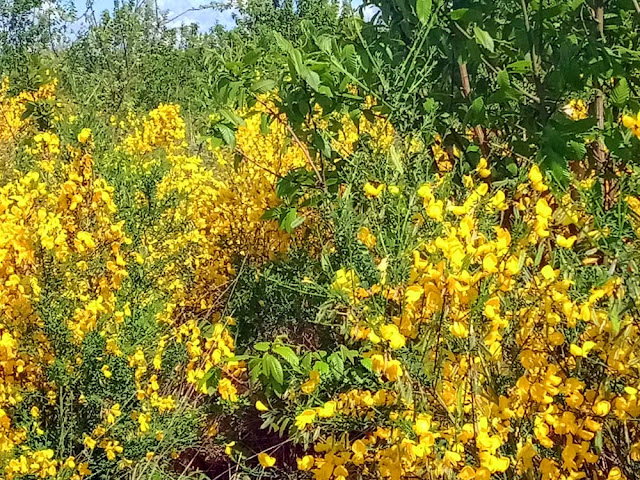 Very interesting about the plantagenet line name! I had no idea.