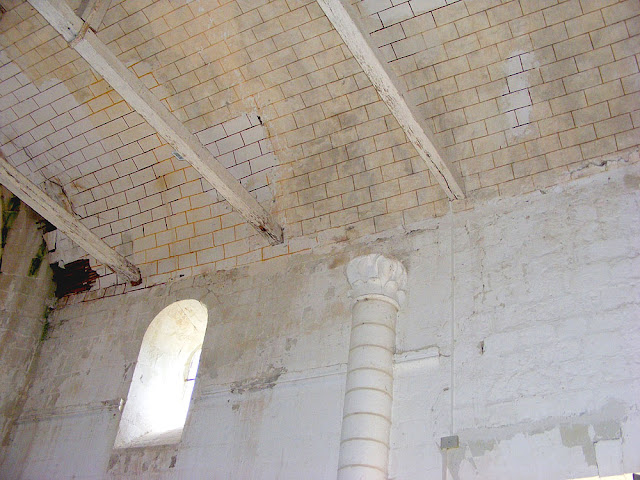 The church in Civray sur Esves is an odd unbalanced building on the outside, but inside it gets even odder, for a different reason. At first I thought I was stepping in to an abandoned and semi-ruined building, but then I realised there were all sorts of clues to it still being in use -- perhaps not officially, but clearly someone uses the space devotionally. 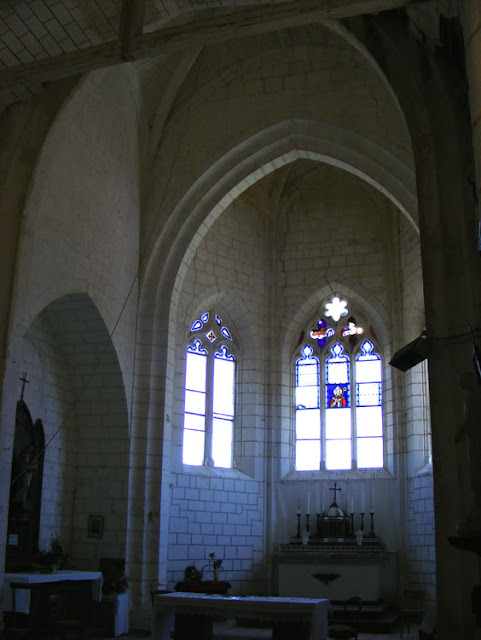 Part of the nave is 12th century according to the Monumentum website, and the choir and stone domed apse were reconstructed in the 15th century. The western end is 19th century. Above the choir is a belltower with a stone spire. Somewhat alarmingly, given the general state of the church, a bell rope in good condition is clearly still attached to a bell, and within easy reach of anyone who walks in. The ceilings are vaulted -- the choir in ribbed stone, the nave plaster over wooden laths. 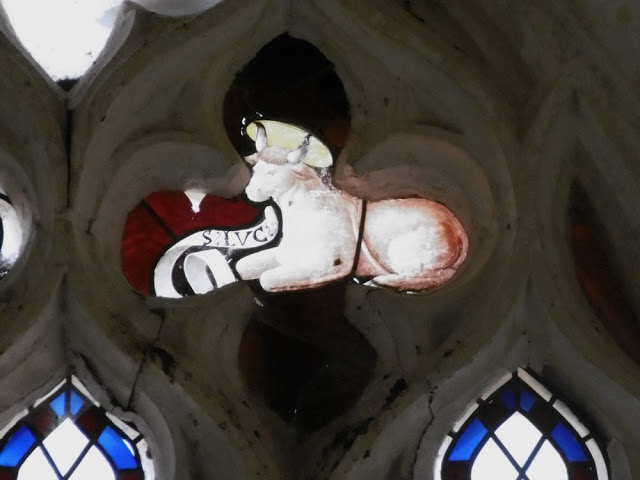 The church is understandably considered at risk, and from old postcards I have seen, has been in a parlous state for maybe a century. It's listed on the Observatoire du Patrimoine Religieux website and is clearly a fairly well known case. Click on the link for Patrimoine Religieux to see a photo of the exterior -- for some unaccountable reason we failed to take one. I think we were so bemused we failed to take photos of the worst interior deterioration too. Frankly I am rather surprised that the door was unlocked and we were free to just walk in. God is obviously expected to protect the curious. 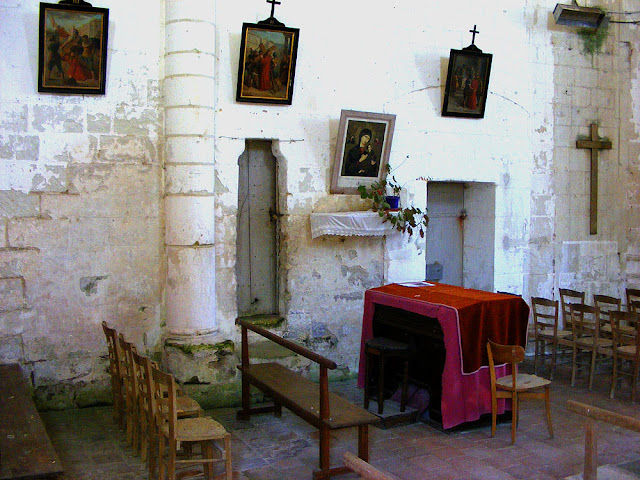 The church does not have a sanctuary lamp but it is listed on the Parish of Descartes website just like all the other churches in that parish, with no indication that it is any different to Le Grand Pressigny, Marcé sur Esves or Descartes. In the summer of 2018, according to a newspaper report of the time, the locals had raised €5000 towards restoring the church. In the end the money was put towards restoring the altar. 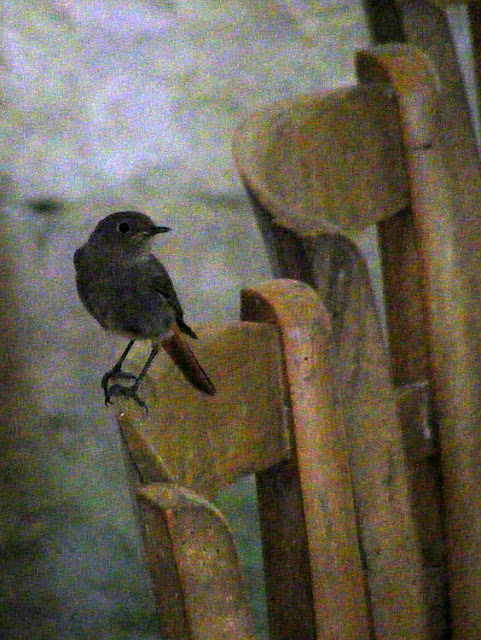 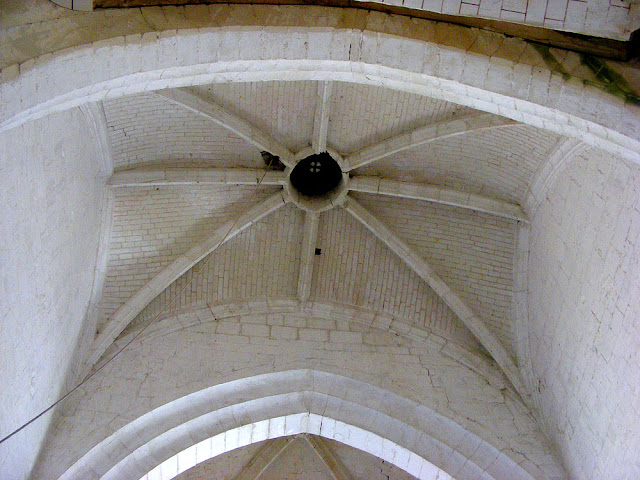 Such a big church for such a small village!

It didn't strike me like that. It's not a big church, just an oddly shaped one.

To me it looks like the nave was never completed, replacing the old one.

I suspect the new nave is smaller, but don't know for sure.