Anyone who has driven in the area around Azay le Rideau will have, at some time, encountered the army training area Camp Ruchard.

In 1871 the French army rented the moors of Le Ruchard and set up a military camp. From what we have observed it now appears to be mainly a tank training area, much like Salisbury Plain in England. During the First World War it was at first an internment camp for German prisoners before becoming a convalescent center for Belgian soldiers, 63 of whom are buried in the communal cemetery of Avon les Roches. 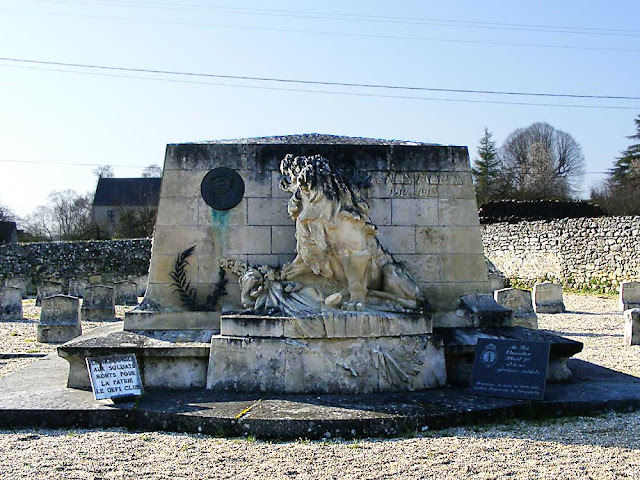 We didn't know any of this before we arrived in Avon les Roches on Sunday afternoon on one of our magical mystery tours.  You can imagine our surprise, then, when we discovered this magnificent memorial and rows of headstones. 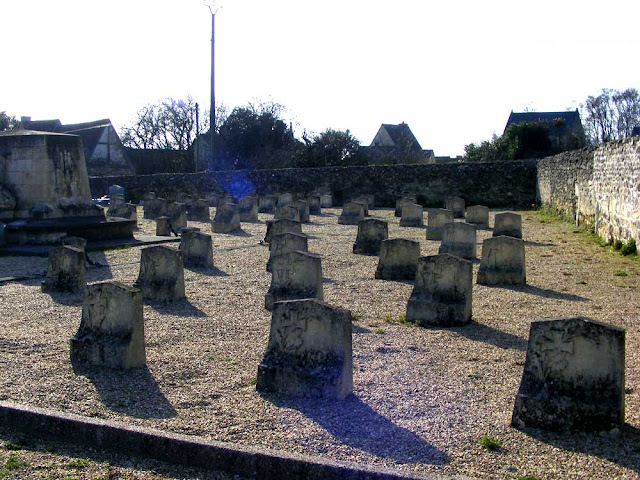