There is a rather unusual war memorial in Tours. It's appearance is striking for a start, as it is topped by a gilded statue of a Native American holding a Bald Eagle. It is a memorial to members of the Services of Supply in the American Expeditionary Forces who aided French troops during the First World War.


The American supply troops were mostly based at Tours and their job was to ensure supplies got through to French troops on the frontline. During their time here they built 1500 locomotives for the war effort. 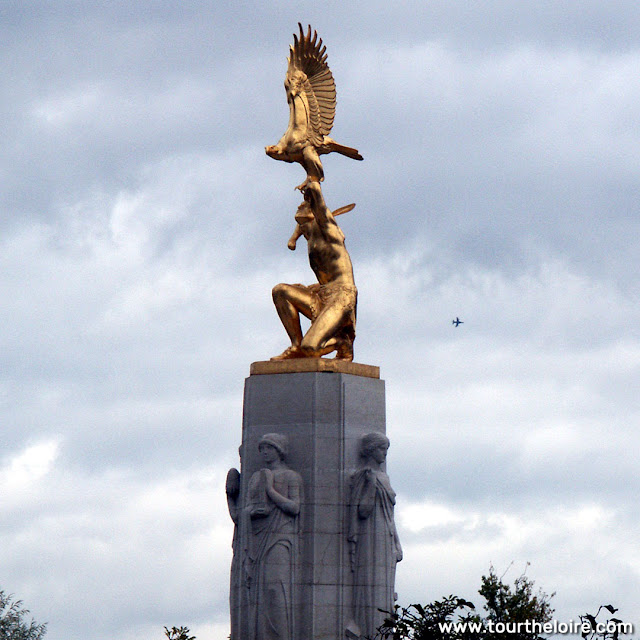 The memorial is ten and a half metres high, in two elements. The lower part is a limestone basin, the upper part the aforementioned gilt bronze Indian. The four women on the column that joins the basin to the bronze represent the four branches of the service -- procurement, construction, administration and distribution. It was commissioned in 1925 by the American Battle Monuments Commission and designed by a Franco-American team of architects and sculptors. To the relief of the cash strapped municipal administration of Tours the American Battle Monuments Comminssion took charge of the cost of the monument. With all the delicate negotiations about who paid for what, where the monument would be sited and what it would look like, it wasn't until 1937 that it was inaugurated.